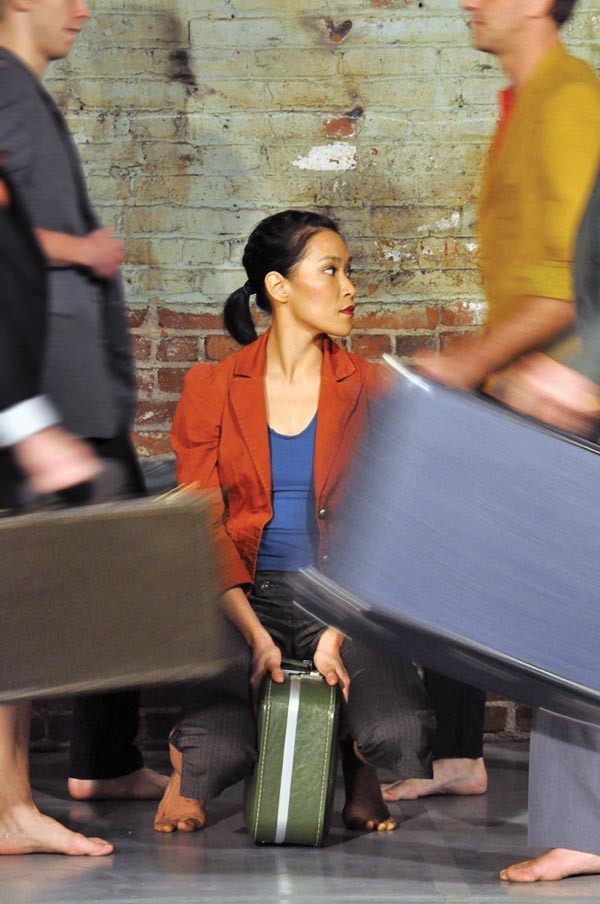 For its latest program, Traveling, Attack Theatre explores the concept of traveling, both as a physical destination and a temporal enterprise.

The group is just back from its own travels — to West Virginia, where it performed the work. Attack managing artistic director and dancer Michele de la Reza says the production was created to be toured. It's both a nostalgic look back on Attack Theatre's body of work and a showcase for new work.

The program will be performed March 30 to April 1 at the New Hazlett Theater. It's set to music by Ben Hardt and his cinematic indie-pop band, New Victorians. The Pittsburgh band first collaborated with Attack Theatre for the 2010 production of Site/Re-site. For Traveling, the band will perform live tunes from its upcoming compilation album.

The program's 40-minute first act casts Attack Theatre producing artistic director/dancer Peter Kope as a traveling salesman returning home to his kids (played by Attack's dancers). He gives them an array of small presents, such as a miniature table and poles, that are magically transformed into larger versions that they all dance with.

The clever choreography recontextualizes several of the company's favorite prop-centered dances from past works. For instance, a ladder duet from Games of Steel has been expanded and transformed into a James Bond-style adventure.

"It has been great working with Peter and Michele again. It feels very familiar," says Walsh. "The first and second acts of the program are so different from each other that I feel like a different performer in each."

The 30-minute second act features the new work "Traveling Through Time," which de la Reza describes as a physical and emotional exploration of relationships.

"It is constantly weaving in and out of duets and trios and is incredibly intricate and dense choreography," explains de la Reza.

Although stylistically divergent, each half of the program showcases the athletic and energetic movement style audiences expect from Attack Theatre.