Courtesy of Dan Monick
Fathers of their scene: Atmosphere

In the land of underground rap, Sean Daley is a village elder.

Daley, 38, is the rapping half of the Minneapolis hip-hop duo Atmosphere, whose debut album Overcast! came out 13 years ago. The label he co-founded, Rhymesayers, opened up shop in 1995.

The transition from young, fire-breathing MC to wiser, revered hip-hop icon has taken Daley (or Slug, as he's known in Atmosphere) just about his whole career: six full-lengths, a handful of EPs, dozens of mixtape tracks, responsibilities steering his label, and a leadership role for a whole generation of young MCs.

On April 12, Atmosphere released The Family Sign, an album that announces its intentions even before the first beat. On the cover is a tiny hand curled into a fist -- that of Daley's son, Malcolm, just under a year old. With this album, Daley asserts his role as a father: of his sons, of his Rhymesayers crew and of so-called "backpacker hip-hop." 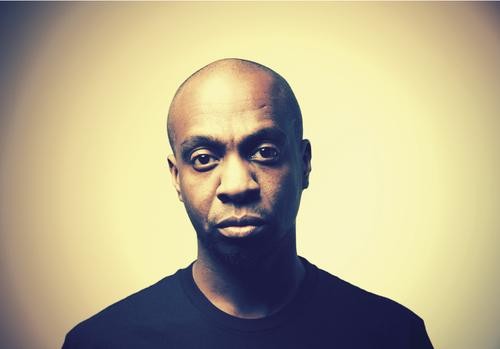 Courtesy of Skye Rossi
"They set the tone": Blueprint

Blueprint, a Rhymesayers rapper who joins Atmosphere on its current Family Tour, explains that the role Daley and Rhymesayers cofounder (and Atmosphere producer), Anthony "Ant" Davis, take in the scene is huge.

"They set the tone," Blueprint says. "They are the role models in how we carry ourselves. Everyone learns from them. How we treat one another, how we treat our fans -- that's all something that starts from the top."

Daley is reserved about accepting such praise, but the Rhymesayers roster has undoubtedly taken shape according to his outlook: "I look for good humans before I look for good rappers," he says.

He goes on, eventually revealing, "Fuck it, it's everything but me."

Atmosphere releases gained in both listeners and venom. The collection of EPs called Lucy Ford was an album's worth of vicious kiss-offs to a particularly demonized ex (say the title fast). The non-album tracks were just as biting. "I own the Camaro and the mobile home, so where the fuck you gonna go?" Daley taunts in "Trailer Park Chicken."

With 2002's God Loves Ugly, Daley had reached a crossroads. That anger wasn't going anywhere, and he was learning to recognize the damage it could cause. "If I stay around, I'm bound to break resistance. / Fuck you, Lucy, for defining my existence," he growls in "Fuck You Lucy."

"The message in those songs is fucked up because I was fucked up," Daley says now. "If some kid requests 'Trailer Park Chicken' [today], I'll say, 'Of course you want to hear that. You're 19. You relate to that anger and aggression.' I'm 38. There's no way I can, with a straight face, communicate that message."

Atmosphere's breakthrough came with 2003's Seven's Travels, with its tellingly titled single "Trying to Find a Balance." Each subsequent album leading to The Family Sign has shown Daley moving toward focused narratives and away from foaming-mouthed tirades.

"We're trying to communicate something more optimistic today," Daley says. "Not that I'm some hippie, Mister Optimism or something, but it's important to show that there is resolution found through seeing the bright side of things."

But Daley knows there will always be angry, confused kids.

More fans are flocking in than floating away. Atmosphere's last album, When Life Gives You Lemons, You Paint That Shit Gold, debuted in 2008 at No. 5 on the Billboard charts. It's the highest-charting Rhymesayers album to date.

"If my art and music don't evolve with me, I'm not really challenging myself. I'm being a sellout," Daley says.

Daley now sees his days of fighting for a wider audience behind him. For the past three years, Atmosphere tours have largely been Rhymesayers roster package deals.

Atmosphere's current excursion is called The Family Tour, but "it's been going this way for years," Daley says. And while Rhymesayers tours were initially just "meeting each other at the next city and getting drunk together," nowadays "we catch ourselves going fishing, or barbecuing in the parking lot of the venue."

Seattle MC Grieves, Rhymesayers' youngest new artist, may still have years of raging ahead of him, but looks with reverence toward Atmosphere.

"They're the big daddies," he says. "We've all made our contributions, but they're the foundations. Their magnetism at these shows is amazing."

As the voice of both frustration and positivity to a growing audience, and as a father figure to one of hip hop's great collectives, Daley remains firmly planted on the ground.

"Artists have to be in touch with the fact that we are just specks, just a fucking grain of sand," he says. "You want to feel like your music makes a difference but, truth be told, it doesn't. People make a difference; people are responsible for change. You're just lucky if they're listening to your records."