Atlas charts a path to success

The four-piece has a new drummer, whose journey began in Scotland. 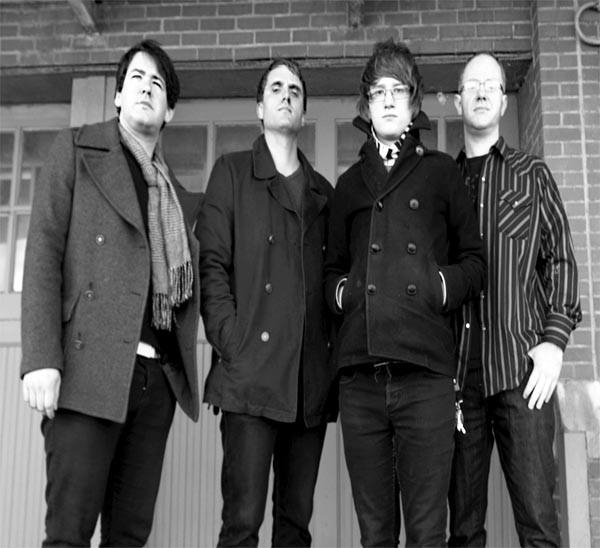 with THE YELLERS, THE COLOR FLEET.

They were dark days for Atlas, those months after former drummer Nick McCall left to move out west. The remaining members practiced to a drum machine; they tried out drummers from Craigslist, many of whom showed up wearing drum gloves.

"Yeah, thinking back, that was a really depressing time," says keyboardist and guitarist Jon Miller. "After we found Graeme, it was like, ‘Wow, this is fun again! We can write and play shows!'"

"Graeme" is drummer Graeme Louden, a Scottish-born musician who was moved by his employer to Pittsburgh from a previous post in West Virginia. He's the newest member of Atlas, which has always revolved around Miller and guitarist Mike Slobodian. Also on board: bassist Eric Emerson, who's done stints in other bands around town, including his current band, The Velcro Shoes, in which Slobodian also plays.

Atlas's latest, an EP called Shapes, has been a long time coming, at least for a five-song disc. But it's not for lack of effort. Miller, who works with other bands as an engineer, took his time tweaking the mixes the band got after tracking at J Bird Studios. "I always wonder how some bands record so quickly," Miller says. "But I guess I spend a lot of time on that stuff, fixing stuff that maybe other people won't even notice."

Shapes has the hallmarks of some of the British alt-rock the band members admit to taking cues from, like Muse, in addition to the dancey post-punk vibe of bands like Interpol. Emerson writes the lyrics, taking an approach that eschews specificity.

"It can be hard to write in a way that points to a central focus, but doesn't come right out and say it," says Emerson. "But when you do that, it's something that everyone understands, even if they don't know why."

Armed with ambition and a full band again, Atlas releases Shapes with a show at Brillobox this weekend; it probably won't be long before we hear the band is back in the studio again, though.