At James Gallery, 11 artists fruitfully explore the possibilities of abstraction

Carrie Seid, David Henderson, Scott Turri and others offer forms ranging from the natural to the geometrically inspired 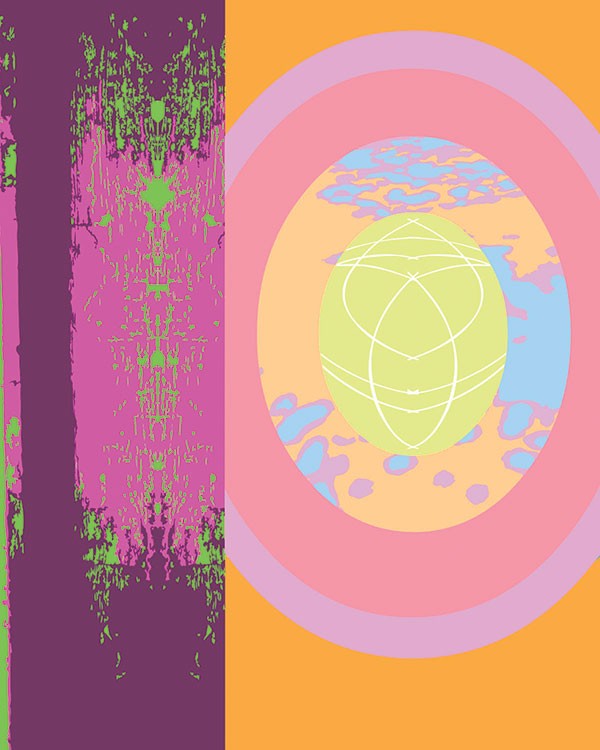 On one side of a freestanding wall at James Gallery, almost like an afterthought, hangs a small but bold blood-red piece by Carrie Seid called "Red Boba." It's easy to miss, but stand in front of it for a while to explore its charms. Made from oiled silk stretched over an aluminum understructure of curvy shapes, the piece resembles a microscopic view of sickle cells. Seid is interested in the tension between materials, and between geometric and biological forms. She combines color, shape and light to create a balance between surface and depth.

While Seid's piece vacillates between two and three dimensions, the rest of the abstract work in Response is more classically one or the other. At first glance, the exhibit seems a bit staid, but the work by 11 artists using a variety of media offers some interesting visual connections.

Peter Deise's "Circulatory Tether," made of blood-red twisted steel, complements the organic shapes, themes and evocative color of "Red Boba" as well as the bright-red Aquaresin of David Henderson's geometric wall piece "Re-Echo." While shapes found in nature influence Seid and Deise, Henderson creates works that look organic but are made by manipulating more classic geometric forms. His two square wall works are constructed from waves of overlapping circles, and his three smaller bulbous-and-cartoony wall sculptures are morphs of the torus, a donut-like shape.

Scott Turri's paintings also use an abstract visual language of quirky shapes and colors. His flat surfaces stand out among the other painters, who vary in their pursuits of surface pattern and medium manipulation. But amidst the abstraction, images of trees are visible in Turri's work, as they are in Warren Mather's circular panoramas. Mather and Turri both use manipulated photographs as a means to translate the digital into the handmade. With their printing and coloring by hand on clay, Mather's layered surfaces are ultimately about perception. Similarly, Stephanie Armbruster's encaustic paintings are dense studies of transitional and liminal space, dreams and memories. But while Armbruster renders her impressions in muted tones, David Miller's "Mindscape" paintings use whimsical shapes and colors to study the murky space between consciousness and the subconscious.

Overall, Response reminds us that abstraction offers both artists and viewers endless possibilities to explore the rhythms and moods of a diverse range of materials, methods and subject matter.