"Books will always be with us. People want that book — and they want it in their hands." 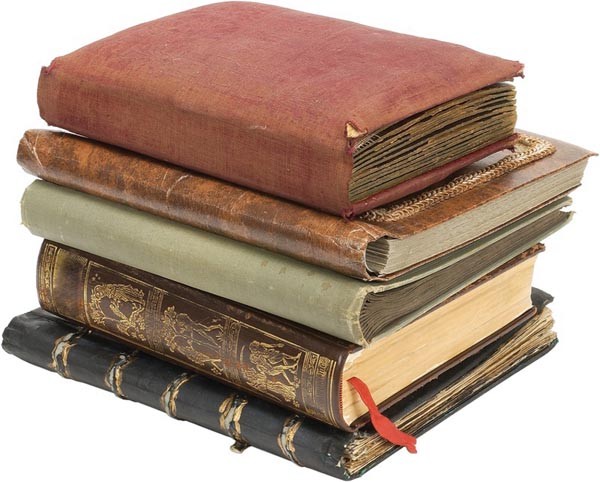 A winter Sunday in the Pittsburgh Public Market, Smallman Street, Strip District. The money to adapt and re-use this chunk of the old Pennsylvania Railroad Produce Terminal apparently didn't go into heat: People are bundled in scarves and overcoats, wandering, sampling, buying.

A man in blue jeans, leather jacket and Penguins cap walks into the East End Book Exchange, a 6-by-10-foot space tucked into a corner of the market. Browsing through the new and pre-owned volumes, he hefts a well-thumbed Brothers Karamazov. "I'm a big fan," he says to proprietress Lesley Rains. The slight, smiling 30-something handwrites a receipt, makes change from a metal cashbox, and thanks him.

OK, so the store's name is a misnomer, created when the store was a pop-up, which it isn't any longer. It's also no longer in the East End, and no longer an exchange. Business models are malleable. What matters is that Rains is selling books — old books, new books, books by local authors given on consignment. Real hold-in-your-hands books.

Located hard by Third Day Luxury Soaps and Soup Nancys, Jenn's Jems and the Beaver Creek Candle Company, the Exchange is a book emporium arisen from the ashes. Because for one reason or another, independent and chain bookstores within city limits have been crashing and burning.

At one time, Pittsburgh could boast such outlets as Atlantic, Borders, Dalton, Joseph-Beth, and Walden, plus such indies as Jay's, Stonewall and Squirrel Hill, among others. Now, save for university stores, and a few specialty shops, the city is a virtual Gobi Desert for general interest browsing, burrowing, buying.

"People are clamoring for a place to buy books," Rains laments. "I wanted to do something about it."

She seems right for the job. As a child, the Mount Lebanon native haunted the neighborhood library. By the time she was a teen, Rains was working in the South Hills Village B. Dalton. Leaving home, she earned a degree from Loyola and studied modern European history in Belgium and Germany, as well as New Hampshire and Penn State. She loved Rome and Paris, skied the French Alps, and, with friends, once ate $2,000 worth of Beluga caviar in a Dublin pub ... washing it down with buckets of Guinness, of course.

But those were her 20s, and with her wild oats sown, Rains swapped her one-time Ph.D. aspirations for administrative work in Squirrel Hill's nonprofit Carriage House. Once she'd settled in Lawrenceville, she turned to weekend bookselling, in part because she found it hard — nay, impossible — to purchase a copy of Jane Austen's Mansfield Park.

Beginning by raiding her parents' home for unwanted books, Rains increased her stock from thrift shops, estate sales, library discards and donations. "I started as small I could get," she recalls. "These days, book sellers have to be a little more creative about where and when they sell."

Early on, her store popped up in Wilkinsburg, Garfield, and Squirrel Hill, as she cobbled together a business model she hopes will counter deep-discount big-box stores and internet sales. Seeking a (somewhat) more established location, she has since settled into the Public Market.

Or has she? In this age of emails and iPhones, Nooks and Kindles, tweets and texts, aren't books — and bookstores — passé?

"I don't think so," Rains answers. "Books will always be with us. People want that book — and they want it in their hands. I just have to be entrepreneurial about it."

Sometimes that simply means being clever. One time a man walked into her stall, saw a particular book, and asked Rains where she got it. Someone gave it to me, Rains said. Visibly deflated, the man said, I wrote it.

Well, she smiled, can you sign it? Sure, he shrugged.

Doubling the price, Rains sold it to a collector happy to have another autographed Pittsburgh original.

Her all-time favorite sale was a copy of Upton Sinclair's The Jungle, a merciless exposé of the meatpacking industry ... bought by the Crested Duck Charcuterie, just up the row from her stall.

"Be patient," she tells herself. "Stick with it. I'll be in a brick-and-mortar store. It'll just take a little time."

A burly man in a green cap and white beard strolls in and seizes a thick brown volume: American Indian Myths and Legends. Handing Rains a $10 bill, he thrusts the hefty volume under his left arm and smiles. Then he disappears, far into the madding crowd.