Artie Lange survived himself — and he's here to joke about it.

"Hopefully I can stay clean completely but make the kind of comedy that only comes from a guy who has fucked up big." 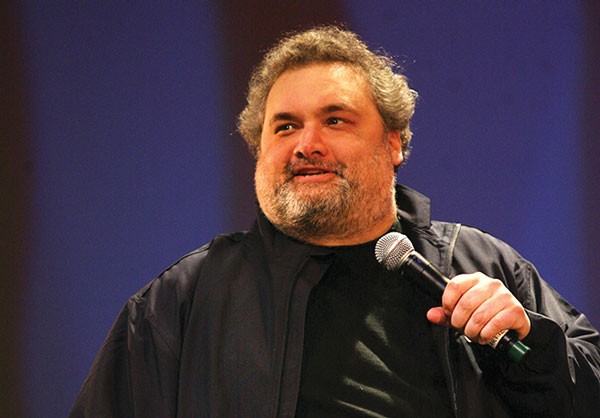 "I come out on stage and still talk about the fuck-ups": Artie Lange

A lot has happened to comedian Artie Lange since he last performed here, in 2008. Then, he was co-host of the Howard Stern Radio Show, an actor and comedian whose nights and weekends were spent packing theaters.

"I left the Stern show in a way that I would not suggest anybody leave a job," says Lange with a short chuckle. "I just went through a living hell that included stays in psych wards and rehabs, and it took me a year-and-a-half to get back into the game.

"I was doing so much heroin that it had to stop. It had to come to a head. "

It did so in January 2010, when Lange stabbed himself nine times in the stomach with a kitchen knife. But 18 months later, he was back on the radio doing a sports-based talk show. (Lange says it's about all guy stuff.) It airs 10 p.m. to 1 a.m. on DIRECTV, SiriusXM Satellite radio and via live stream at artielangeshow.com. He's also back touring the country with his brand of raw standup.

Despite a few slips with alcohol, "I am clean now, I have to be," he says seriously. "With heroin, it's a life-or-death situation."

For as often as Lange, 45, has screwed up, his fans and show business have always welcomed him back — to even his surprise.

"The gigs are still there and the crowds are still great," he says. "I'm very blessed to have been able to come back a few times, but who knows if I keep tempting fate."

Lange's comedy has always come from his life — the good and the bad. It's all part of who he is, and fans can expect him to talk about it honestly and openly. That is, after all, where the best comedy comes from.

"I come out on stage and still talk about the fuck-ups," says Lange. "Richard Pryor could always take these tragedies and turn it into great comedy, but he never got out of the woods and it was sad.