A focus on pregnancy, birth and motherhood should hit close to home for many 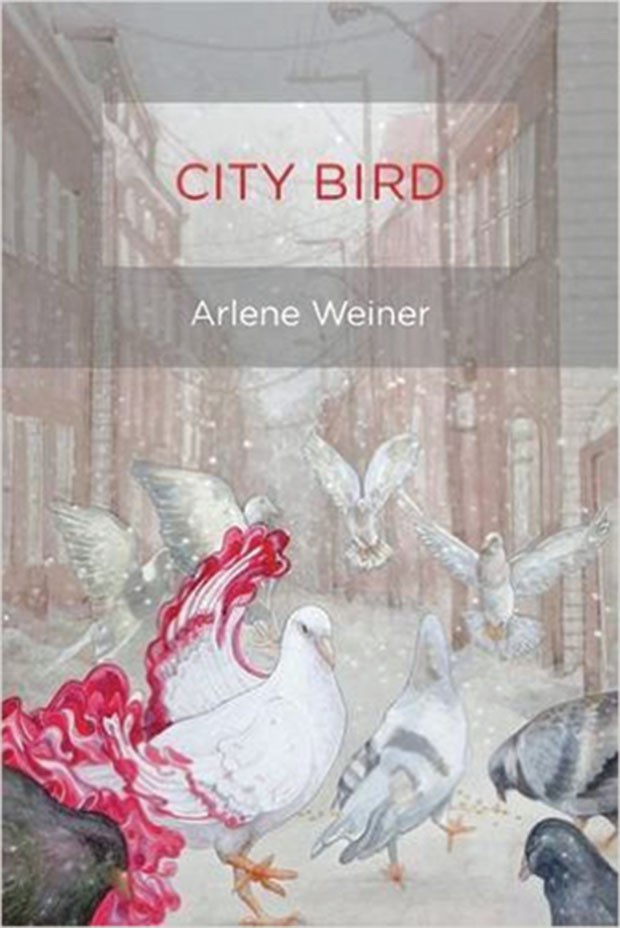 In an essay on pregnancy in poetry, writer Danielle Pafunda remarks, “I’ve always dwelled in a body and am suspicious of those who don’t. My body is surface and interior. It isn’t along for the ride, it is the ride, and not only do I have a body, but I also am that body. It’s the stuff of science fiction. Or poetry.” In the 89 pages of her new collection City Bird (Ragged Sky Press), poet Arlene Weiner approaches her own work in a similar vein, emphasizing the body over the mind.

A Pittsburgh resident and member of several poetry workshops, Weiner has also toiled as a Shakespeare scholar and cardiology technician, allowing physicality to inform her strongest poems. She writes in “The Mother,” “I could have lifted the girl alone, / gurney to table, so light … / As I felt for the landmarks of bone / I noticed her fingernails, little works of art, / sparkly, in three tones” — the girl’s manicure, a colorful statement in a place where doctors might view the body as mere machine.

This focus continues in “Line of Beauty,” where the speaker, who has undergone hip surgery, remarks on her scars by sharing, “I’ve submitted to the knife before: / legs stripped, womb taken, / a chunk of back punished / for harboring promiscuous cells. / This is a new thrill: an insertion.” The tone here, decidedly unashamed, celebrates imperfection where society often hopes to airbrush it away.

In one section of City Bird, Weiner focuses on aspects of pregnancy, birth and motherhood that should hit close to home for many. In “The Nonpregnant Uterus is the Size of a Fist,” she begins, “and is all muscle. It’s like an inverted / pear in a bowl. Nice. The pregnant uterus distends / to the size of a universe. Mine did twice.” While the occasional rhyming line can be off-putting, the cosmological metaphors balanced with anatomical truths play nicely together in the rest of this piece.

In “Comfort Zone,” Weiner explores the ironical nature of life by focusing on a man in a coma. But what’s most striking is the realism of the first stanza, which reads: “They come after work / through sugar-white snow falling / pink under anti-crime lights.” While many poems in the collection are instructive and informational, it’s the imagistic moments like these that stand out, making City Bird a worthy read.