Photo: Louis Stein
The Thanksgiving Play at Arcade Comedy Theater
The last five years have really put liberals through their paces. Time and time again they are challenged to reach across the aisle, show their less-tolerant loved ones the error of their ways, and push themselves to become better informed about the hardships experienced by marginalized groups.

This, while noble, can lead to the holidays becoming a minefield, with many Thanksgiving tables turning tense the second politics comes up.

Arcade Comedy Theater addresses this with its latest production The Thanksgiving Play. Set in an elementary school, the humorous play — on stage Nov. 19-21 and Dec. 2-5 — follows three white faculty members as they struggle to write a Thanksgiving play for their young students that will honor Indigenous people.

Director Linda Haston, who has taken on many roles in Pittsburgh's theater community, including being an education director for Prime Stage Theater, says she felt drawn to the play because of its relevance.

“It’s going to appeal to everyone, not only because of the times that we’re in. But it also appeals to those who are not looking forward to Thanksgiving and how that ‘tradition’ is supposed to be," says Haston. "And it does it with lots of humor.”

The show, one of the few theatrical productions Arcade has taken on, was written by playwright Larissa FastHorse, an enrolled member of the Lakota Nation’s Rosebud Sioux Tribe and celebrated advocate for Indigenous voices in American theater. A former dancer who turned to the theater after an injury, according to her bio, FastHorse has gone on to become a 2020 MacArthur Fellow and co-founder of Indigenous Direction, a consulting company for Indigenous arts and audiences.

Haston says that, while people may expect a more restrained comedic tone given the subject matter, The Thanksgiving Play is just the opposite.

“This one is pretty much over-the-top,” she says. “It’s like doing Noises Off. It’s a farcical comedy. It goes that extra step.”

That “extra step” involves a lot of physical comedy. Logan (Rachael Pfennigwerth) is the awkward, exasperated director while her partner, Jaxton (Matt Zierden), a woo-woo street performer and school drama club volunteer, constantly does exaggerated yoga and meditation poses. Caden (Matt Henderson), a teacher with theatrical aspirations, comes in heavy with the nerd vibes, all hunched over and squirrely armed. Then there’s Alicia (Evelyn Hernandez), a hired “professional” actor who has all the nuance of a silent film star.

Behind all the big gestures, broad comedy, and hammy facial expressions is a pretty damning indictment of white allyship becoming so self-righteous that it turns into the thing it’s trying to combat. As the play progresses, the well-meaning white characters tokenize, condescend, and, in the case of the male leads, misogynize their way into cringe territory.

As it unfolds, and the characters become more frustrated, the play gives way to more telling slip-ups, such as moments when Jaxton refers to the Indigenous people they’re trying to honor with the non-PC “Indians,” or when Logan constantly undermines Caden’s more thoroughly researched, historically accurate version of Thanksgiving for the more familiar whitewashed one.

Haston says this is by design, as she wanted to keep the audience entertained without moralizing or being too heavy-handed.

“It teaches you a lesson without hitting you over the head or standing up and preaching at people because I’m basically done with conversations,” says Haston.

Keeping with the theme of the show are pre-recorded videos of kids in bad Pilgrim and Native American costumes clumsily reciting old, offensive Thanksgiving poems and skits, all of which are both adorably hilarious and call attention to education’s role in systemic racism.

Overall, the play tries to tackle a lot of issues in the span of an hour and a half, including sexism in the arts, some of which are dealt with more successfully than others. Still, audiences will get some veggies with their candy, as the goofy comedy comes with interesting, little-known historical insight via the over-eager Caden.

What’s most impressive is the play’s winking approach to examining who gets to tell stories and how they should tell them. After all, this is a play about performative woke white people told by an Indigenous playwright and Black director, and that knowledge should put even more of a chuckle-worthy spin on the whole affair.
The Thanksgiving Play. Fri., Nov.-19-Sun., Nov. 21 and Thu., Dec. 2-Sun., Dec. 5. Arcade Comedy Theater. 943 Liberty Ave., Downtown. $20-25. arcadecomedytheater.com

An insider’s guide to comedy open mics in Pittsburgh 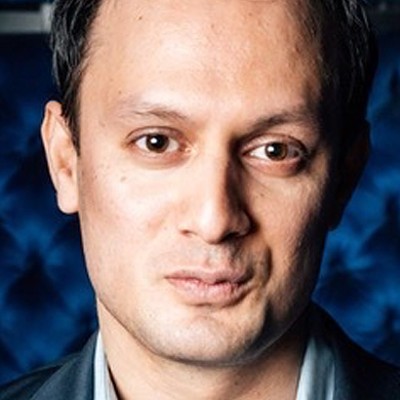