Richard Gere's sleek, rich and amoral character is back, in this thriller set in the financial world 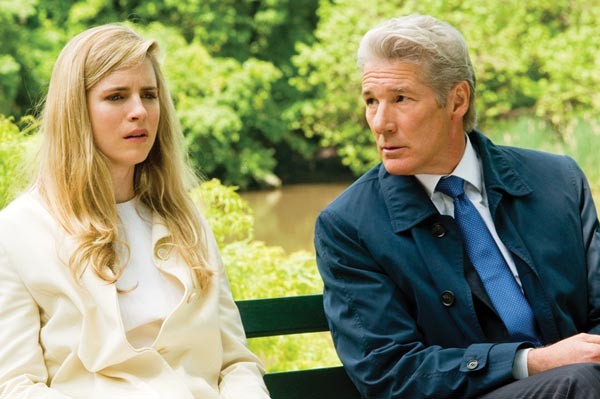 I love those glossy thrillers-cum-morality tales that spin well-heeled characters through boardrooms, bedrooms and courtrooms. The late 1980s and early '90s were prime time for this genre, and one of its star players was Richard Gere, who always looked good in an expensive suit, and effortlessly projected an air of sophisticated amorality.

That Gere is back, in writer-director Nicholas Jarecki's Arbitrage, a sleek, entertaining tale about a hedge-fund CEO, leaping nimbly about Manhattan trying to avoid debt, disgrace and jail. Robert Miller (Gere) made a bad business decision, but he's more immediately concerned with covering up the death of his mistress. For help, he enlists a young, working-class black man (Nate Parker), whom Miller pits against a pit bull of a cop (Tim Roth). Also, orbiting too close are his financial-whiz daughter (Brit Marling) and his shrewd wife (Susan Sarandon).

There's nothing new about Arbitrage — a privileged man exploits the system to save his own hide, while we tsk-tsk from the other side of the screen. The film namechecks current financial wore, but Miller could have been beamed in from 1990, only with a sleeker cell phone. But Gere is a pro at these characters, whom we both envy and despise. Arbitrage is more cynical than its predecessors, with a less-pat resolution. But Sarandon gives Gere a brutal dressing-down, and that's a vicarious treat.