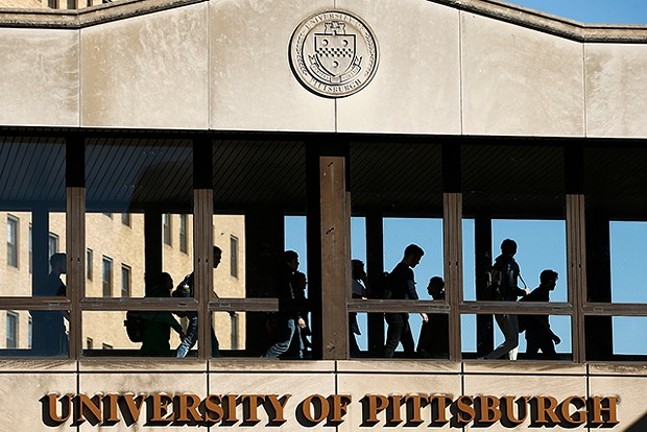 CP photo: Jared Wickerham
When University of Pittsburgh graduate students voted 712-675 against unionization in April, union organizers slammed the outcome as the result of anti-union interference on the part of the administration.

“Instead of stepping back and allowing grad student workers to make this decision for themselves,” Graduate Student Organizing Committee (GSOC) organizers wrote in a press release, “the administration hired high-priced, union-busting lawyers from Ballard Spahr.”

Ballard Spahr, the law firm hired to represent the university during the union negotiations, offers “union avoidance” services on its website, describing how it can help potential clients “maintain a union-free environment.”

And according to The Pitt News, which uncovered the university’s financial disclosure reports, preserving that union-free environment came with a price tag of close to $240,000 over the course of three fiscal years.

“They are one vendor among hundreds that we maintain partnerships with,” the spokesman wrote. “This vendor network plays a key role in helping the University meet its mission of leveraging knowledge for society’s gain while also efficiently addressing specific issues affecting students, faculty, and staff.”

During the time the payments were made, Pitt faced unionization efforts not just from graduate students, but also from faculty. The Pennsylvania Labor Relations Board ruled in April that faculty union organizers failed to collect enough signed cards from faculty to hold a hearing — another decision that organizers are appealing.

Ballard Spahr’s other university clients have included Penn State, where graduate students voted against unionization in 2018, and the University of Pennsylvania, where graduate organizers withdrew their petition for an election the same year.

In the time frame that Ballard Spahr was hired by the Pitt, the administration was pushing the narrative that unions among faculty and the graduate students would hurt the student-teacher relationship, even though studies have shown unions at universities don't negatively affect this relationship and sometimes improve it.

The initial April vote, with its 37-vote margin, was deemed inconclusive due to a large number of contested ballots, but the PLRB said later there were not enough “yes” votes among the contested ballots to overturn the vote.

The board held a hearing May 14 and 15 in response to graduate union organizers’ allegations that Pitt used “unlawful” tactics to impact the vote’s outcome. Organizers claimed administration election watchers observing the election kept an independent list of all students who voted, intended to intimidate voters. They hope the board will rule to overturn the election and hold another one.