"The only thing I can do is make sure this doesn't happen again." 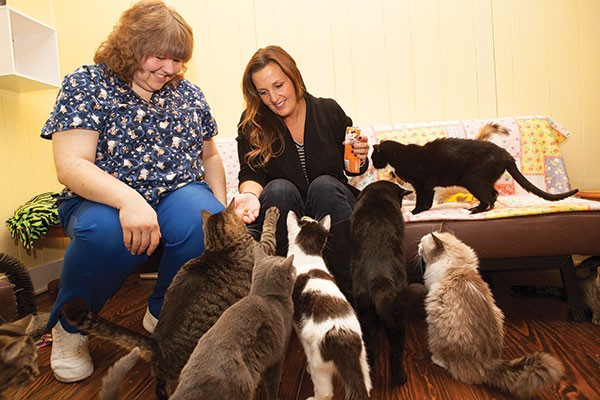 Margo Cicci vividly remembers the visits she made in August to a Mount Lebanon house where more than 80 cats were left behind after their owner was evicted. A strong stench emanated from the home, and she found cats in traps left unattended for hours at a time.

"The tenant was evicted and when she left, she left close to a hundred cats in the duplex," Cicci says. "When I went down, there were cats in traps outside, uncovered in the pouring down rain. They were so scared."

Cicci — a member of the Pittsburgh Feral Cat Movement, an animal-protection group — learned more about the situation over the next few days. The house's landlord had hired Big Daddy Wildlife Removal, a private company, to remove the cats. Cicci was told by the landlord that the trapping company was working with a humane officer from local no-kill shelter Animal Friends to determine which cats could be saved.

"We were told that as the cats were trapped, they were going to Animal Friends, that they were going there to be evaluated and decisions would be made at that point," Cicci says. "We felt more comfortable with what was happening because we figured they must be working with this trapping company to make sure the cats that are friendly and need medical attention are going to get that."

But a week later, Cicci learned that most of the cats were dead. According to Animal Friends, 10 of the 82 cats found at the home were rescued. The rest were euthanized.

"It's horrible to think that they all died," says Cicci. "There is a problem that a humane agent was out here and only removed a few cats. They allowed a third party to do the trapping and remove the cats. And as far as we know, no charges have been filed against the owner of the cats. That's what we're upset about."

According to the Humane Society of the United States, nearly 250,000 animals each year are victims of animal hoarding. But despite the frequency of cases like the one in Mount Lebanon, animal shelters and judicial systems have a hard time handling hoarding situations.

Shelters are often already filled to capacity and unable to deal with a large influx of animals at one time. Local authorities often learn of hoarding situations only when they've reached a critical level and the animals are already too far gone. And in general, laws aren't in place to regulate cat ownership, leaving these animals to fend for themselves.

"Hoarding situations are very, very challenging because in most cases the animals are very sick," says Kristen Lane, director of marketing and communications at the Western Pennsylvania Humane Society. "If a hoarder has 30 or 40 cats, of course those cats are going to infect each other. So in a hoarding case there is probably going to be a lot of euthanizations, because the cats are going to be very sick."

"We've seen a number of these hoarding cases throughout the region," says Animal Friends spokesperson Kathleen Beaver. "And that's what's so difficult is when it gets to the point where you have 30, 40, 80 cats, you know these cats are probably not in the best of health, probably not as socialized as they can be and shelters run out of options really quickly."

In the Mount Lebanon case, local police were notified of the situation and contacted Animal Friends to follow up on the case and ultimately decide whether to file charges against the owner of the cats.

"An agreement was made with Animal Friends that any of the cats that were in good enough health or could be adopted, those cats were turned over to Animal Friends," says Aaron Lauth, deputy chief of the Mount Lebanon department. "And the ones that were not, unfortunately, had to be euthanized, and then it was up to the humane officer — seeing the condition of the animals taken out by the private service — to file charges."

Cicci and fellow cat activist Becky Morrow, a veterinarian, contend that Animal Friends did not adequately inspect the health of the animals at the home. Based on their own interactions with the animals that were in cages when they arrived, Cicci and Morrow say that many of the cats were friendly and socialized, not feral. 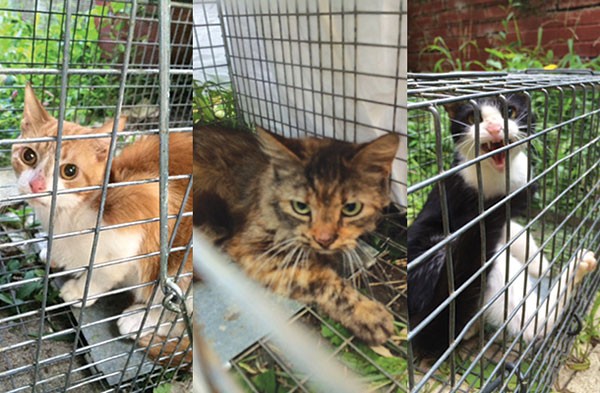 "They looked fairly healthy," says Morrow. "In hoarding scenarios, the first thing and the most prevalent thing we worry about is upper-respiratory infections, loss of eyes. And we didn't see any of that."

Morrow also worries about Animal Friends' ability to file charges against the cat-owner.

"This was a clear-cut cruelty case," says Morrow. "The evidence in a case like this is going to be the cats. There's a chain of custody that needs to be followed, so by sending the cats out to Big Daddy, they broke the chain of custody. You can't use those cats as evidence now. They not only didn't charge her, but really damaged their own case if they would try to charge her."

Animal Friends says it was actually first alerted to the situation in Mount Lebanon in March 2013. At the time, the group was unable to investigate further because it could not obtain a warrant to search the home, and there was no evidence of animal cruelty on the outside of the house.