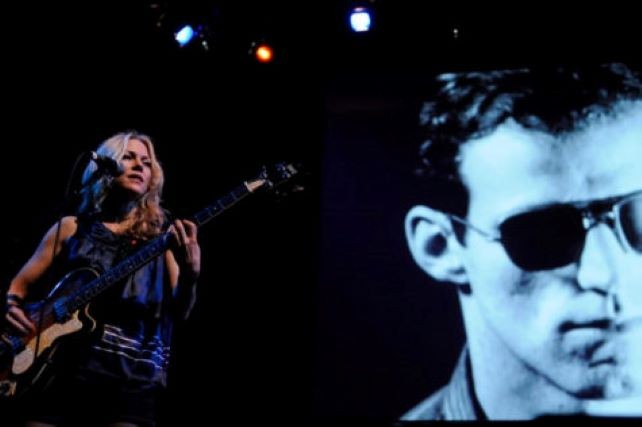 Photo by Julienne Schaer
13 Most Beautiful…Songs for Andy Warhol’s Screen Tests
The Isabella Street block of the North Side will soon serve as a stage for a variety of artists for the Andy Warhol Museum's first-ever outdoor Sound Series: Block Party.

Taking place Sat., Sept. 18, the Sound Series: Block Party will present a day full of live music by both new and returning acts.

Sound Series started in 2004 and, since its inception, has been a program that spotlights various artists and bands from around the world. Inspired by Warhol’s involvement in music as an album cover designer, manager of the Velvet Underground, and record producer, Sound Series highlights unconventional and eclectic artists and musicians who challenge what art can be.

While the event has traditionally taken take place inside the museum, organizers decided to take Sounds Series outdoors to better accommodate COVID-19 safety measures while also bringing great live music to audiences. Currently, the event will see a limited capacity, and the museum is strongly encouraging everyone, regardless of vaccination status, to wear face masks.

"We wanted to create a new outdoor opportunity to come back to the Sound Series with in-person performance in a flexible and festive environment that is as safe and comfortable as possible, while activating a unique outdoor space near the river within our block on the North Shore," says Ben Harrison, Warhol's curator of performing arts and special projects, in an email.

The event will also see the return of 13 Most Beautiful…Songs for Andy Warhol’s Screen Tests. The touring show, which premiered in Pittsburgh in October 2008, features musicians Dean Wareham and Britta Phillips playing soundtracks they created for Warhol’s silent film portraits. The event will close with Wareham doing a special set for On Fire, the seminal album by his band Galaxie 500.

Food and beverages from Franktuary and Cilantro & Ajo will also be available for purchase during the event, and more crafty audience members will have opportunities to make their own T-shirts, tote bags, and posters.

“I’m genuinely grateful that we can return to live, in-person performance with this new and exciting outdoor Block Party, as a part of our long-running Sound Series," says Harrison. "With all of the challenges of the past several months, the pause has perhaps enhanced a truer appreciation of the universal nature of live music and the often uplifting effect of communal performance experiences.”Sound Series: Block Party. 2-10 p.m. Sat., Sept. 18. Isabella St., North Side. $35/$30 for museum members and students. warhol.org