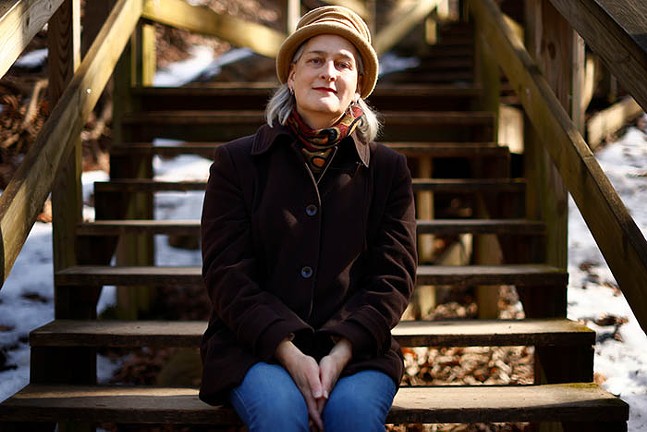 “That's four out of every five people,” says the Pittsburgh by-way-of-Maine-based trans poet. “Now I would guarantee that a sizable portion of that 80% actually have met someone, they just didn't know it because we don't all choose to be out or aren’t clockable or readable.”

Why does this matter? Well, as Walker put it, then your preconceptions and prejudices, if you have them, aren't being challenged. As a result, you’re not given a chance to see that, very simply, underneath the labels and categorizations, we’re all humans. Walker’s debut collection of poetry, The Girl Who Wasn’t and Is, which debuted Feb. 4 via bd-studios.com, was written with cisgender readers as its primary audience to help share more about what it is like to be trans.

“There are a lot of misconceptions about us, and a lot are being kind of cynically pushed by politicians and faith leaders so-called on the right,” says Walker. “So we have to back against those misconceptions. One way to do that is to humanize yourself. ‘Look, I have parents. I've struggled with my parents. But we also have a loving relationship. I have a brother, he was diagnosed with Parkinson's. Here is his story; here are his struggles. I walk in the world. I take photos. I love nature.’ All those little and big ways in which we’re all members of the same species, and we’re here too.” 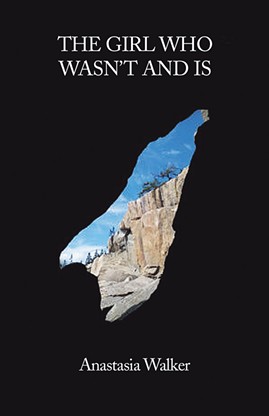 The Girl Who Wasn't and Is tells Walker's story of coming out mid-life in Pittsburgh and captures the intense reckoning many people face during this process. But the powerful and honest collection also explores the intersections with others in the trans community, calls for racial justice, and finds allyship in unexpected places. Pittsburgh City Paper spoke with Walker over the phone about her collection and shared experiences.

This interview has been edited for length and clarity.

The Girl Who Wasn't and Is tells your story of coming out in mid-life. What drove you to write this collection and share your story with others?
The easy answer is I'm a writer. And as far as poetry goes, I've been writing poetry since I was in college. So that’s part of it. As far as sharing my story goes, I started exploring my coming-out journey through poetry. I was writing a lot of poems, and since that was a way I was figuring out what I was going through, at some point, I started finding my voice, and I was writing what I thought were good poems, so I started submitting poems, and they started getting accepted.

To use an old aphorism, “To who much is given much is expected,” I'm articulate, I think, and I think my book is pretty good, and I think there's a real need to just communicate to the world at large, which is to say, to folks that are cisgender, what it's like being us. I’m a member of my Indivisible group in my community, so I participate in politics that way, but I thought to serve my trans community, one thing I can do is to share my experiences in a way that might communicate what it's like to be us. And I think it's a really valuable thing that we can do and I think it's necessary.

In The Girl Who Wasn't and Is, something that caught my eye was your decision to include your own photography. What was behind the choice?
Well, one, because I do love photography and I thought I had a lot of good photos — I wanted to include them. That said, I didn't want them to be just eye candy. As I was putting the book together, one thing I thought about was, well, if I'm going to include these photos, let me include them in a way where the photos will enrich the poems in some way. For example, the brief poem “What Is a Wall?,” just thinking about how we put walls up, and those who don't want to know other people, and how ignorance and bigotry come out of that, etc., etc. Well, I had a photo of a wall, or part of a wall, and so it's a fairly obvious connection there, but I chose that one to pair with the poem because it has that one brick in the upper center part that’s been chipped away. So it’s kind of a bleak commentary about the walls that we put up between ourselves and other people; those walls are never impermeable.

Much of your collection has themes of the natural world. Tell me about your relationship with nature.
I grew up in eastern Maine and growing up as a queer kid in a small town way before the internet, I didn’t have a word for what I was feeling [as trans] until like junior high school or high school. So I have this part of myself that I was keeping really bottled up and hidden. One thing that happened as a result of this is that I struggled to find myself, or at least that part of myself, in my community. And there’s one early poem, “The Girl with Eyes of the Sea,” that speaks to that, “She couldn’t see herself in the usual places.”

The natural world, by contrast, I knew I existed in it, and I was always drawn to the beauty of it. Maine can be a beautiful place, but the basic thing about it, it didn’t judge me. I could go down to the beach, we sailed in the summer, I was out on the water, I could go walking through the woods in the winter, whatever, and I could just be me. 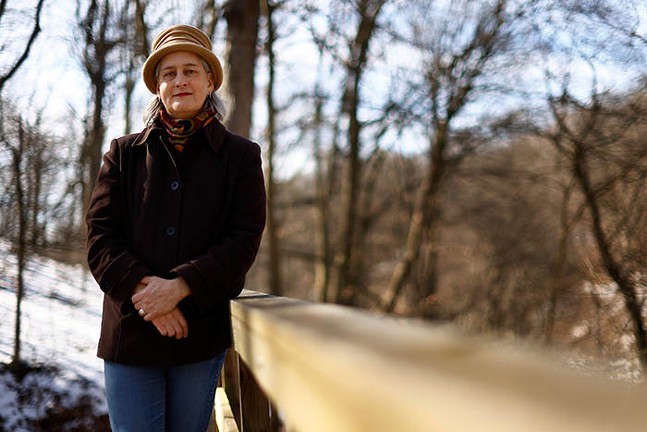 CP Photo: Jared Wickerham
Anastasia Walker
So you talk about your personal challenges, transphobic micro-aggressions and how to handle that, and experiences of the trans community at large, but then you also include “9:29 Is Long Enough,” a poem about the murder of George Floyd. Why did you feel this was important to incorporate?
Well, two things: One, I just really liked how the poem came out, kind of like the photos. I really wanted to include it. But you’re right; it’s a bit of an outlier in terms of the subject matter; it’s not about me or my community. Going back to the earlier goal, talking about me and my community and our experiences to the cisgender folks, one of the things I thought about was, again, tying all of our experiences together and showing the commonality among them. I have those poems about the violence in my community, Muhlaysia Booker, the assault on her, Roxana Hernandez, the Honduran refugee that was jailed and murdered by ICE agents, and then that poem “Remembrance,” which is just a list of murders and atrocities and whatnot. So violence is a reality for my community — and I think anyone who’s trans, when we leave our home, at the very least in the back of our minds, it's the knowledge of “Hey, is this going to be our last day?”

You just don't know; you're in the wrong place at the wrong time, something like what happened to Muhlaysia could happen to me. I could be beaten within an inch of my life. But that's an experience that members and other minority groups have as well. Obviously, the African-American community and people of color, the Jewish community, the Muslim community. Having the poem about George Floyd and his murder, it’s another way that me and my community share things with people at large.

So you have a lot of themes going on — if someone took away one thing from your collection, what do you hope it would be?
I'm a recovering English prof, I revel in complexities, so I want people to take a bunch of stuff away from this, but if I had to choose, because it is a book of poetry, I have the goal of communicating what it’s like to be me, what it's like to be us, but I really hope that people enjoy the poetry as poetry. It's not just the content that matters here. I hope that people enjoy reading it. It’s challenging subject matter a lot of the time, but as poetry, written verse, it’s pretty inviting.

Is there anything else you would want people to know about yourself, the trans community in Pittsburgh, or your book?
Visit my blog to make sure that you know I have a sense of humor. Most of my book is fairly somber, and a lot of it is downright brutal, but there's a lot of light in the book and a lot of light in our lives.