Analysis: Democrats show signs of strengthening in Pittsburgh and its suburbs

CP Photo: Jared Wickerham
Mayoral-elect Ed Gainey at his primary election party in May 2021
Pittsburgh made history on Nov. 2, when Ed Gainey won the general election, ensuring he will become the first Black mayor in Pittsburgh history.

His victory was expected after a surprise defeat over incumbent mayor Bill Peduto in the spring primary election, as a Democrat running against a Republican in a city that has three Democrats to every one Republican.

Gainey’s strong showing wasn’t the only powerplay by Democrats in Pittsburgh and its surrounding suburbs. Democrat Allegheny County Councilors swept their races this year, including three contested elections, flipping one Republican-held seat. Democrats also flipped suburban school boards, and held off some challengers who were campaigning on Critical Race Theory hysteria.

But Republicans had an excellent night too, winning three of four statewide elections. Exurban and rural areas in the Pittsburgh area saw more dramatic shifts to the right, which played a part in carrying statewide GOP judge candidates across the finish line. And Republicans in Westmoreland County took total control of county offices there.

But even surrounded in a rising tide of red, Pittsburgh and its suburbs saw signs of Democrats strengthening.

Statewide races in odd numbered years in Pennsylvania are pretty good barometers of straight-forward turnout gains and losses between Democrats and Republicans. Statewide judge races tend to be low-salience, so votes for those closely reflect party preference and show how many voters turn out on Election Day. As of the count now, Republican Kevin Brobson defeated Democrat Maria McLaughlin 51.8%-48.1%.

In Allegheny County, with still a handful of precincts to count, McLaughlin secured 62.5% of the vote compared to 37.4% for Brobson.

A comparison to the 2017 state Supreme Court race might be helpful, as that race also led the ticket and it wouldn’t alter the balance of power on the court, no matter who won, just like in 2021.

In 2017, Democrat Dwayne Woodruff won 63.1% of the vote compared to Republican Sally Mundy, who won 36.7%. With more votes still to count in 2021, it's likely McLaughlin’s Allegheny County vote share will inch more closely to what Woodruff received. Considering that 2017 was the year after Trump was elected, one would expect a stronger Democratic performance than that in 2021, the year after Democrat Joe Biden was elected.

It was the ancestral Democrat counties, like Washington, Westmoreland, and Fayette, that grew more Republican. But Butler County, even in a favorable GOP year, actually shifted to the left. Butler County is home to Pittsburgh’s fastest growing suburb: Cranberry.

In Allegheny County, Democrats in 2021 essentially matched their performance in 2017 by making a few more inroads in the formally Republican sections of the North Hills, which are fast growing, and losing some voters in the Mon Valley, which is losing population.

While Republicans won at the top of the ballot in statewide races, Democrats in local Allegheny County races did very well. 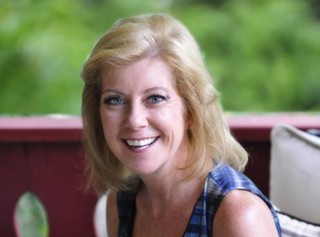 And it wasn’t just on Allegheny County Council. Democrats flipped one seat on the North Allegheny School Board and two seats on Bethel Park council.

There were some rumblings about Republicans potentially doing well in some Democratic suburbs, like Mt. Lebanon, but Democrats swept school board races there. And although conservative media has been claiming there would be an electoral landslide for Republicans motivated against Critical Race Theory, that didn’t really materialize in Pittsburgh.

Anti-CRT candidates for school board lost in Shaler Township and Fox Chapel, losing to Democrats who campaigned on the importance of having diversity in schools. In Lawrenceville, Xander Orenstein also won a Magistrate District Judge race becoming the first non-binary judge in the country.

And an interesting sign of Democrats coalescing, in addition to performing well in local races, was seen in the election for Allegheny County Common Pleas. There were 10 open seats on the local court, and Democrats won all of them as expected. But, cross-filed candidates, those that secured both the Democratic and Republican nominations, actually finished near the bottom of the Democratic field.

This is in contrast to the primary election, when some of these candidates, particularly Lisa Middleman and Sabrina Korbel, finished near the top of the election. This is just the second general election without a straight-party voting option on the ballot, and clearly some Allegheny County voters were more uneasy in supporting cross-filed candidates compared to those just listed as one party.

In addition to Gainey’s historic win in the city of Pittsburgh, Bellevue borough also made history by electing the borough’s first Black mayor in Val Pennington.

And on Allegheny County Common Pleas, Black candidates were the top four vote-getters in that election. Nicola Henry-Taylor received the most votes, followed by Tiffany Sizemore, Elliot Howsie, and Wrenna Watson.

With still a handful of precincts to count, Allegheny County also saw very high turnout for an odd-year election. More than 32% of registered voters in the county voted in the 2021 general election, one of the highest turnout figures in odd-year Allegheny County elections in recent memory.

It’s unclear how that benefited Republicans or how it benefited Democrats, but in one local race, turnout might have boosted an incumbent’s re-election in a tough district.

In District 3, turnout was more than 38%, six points above the average turnout figures for the county as a whole.