Inclusion is not a simple matter of the curators' perception of "quality" or "artistic excellence." 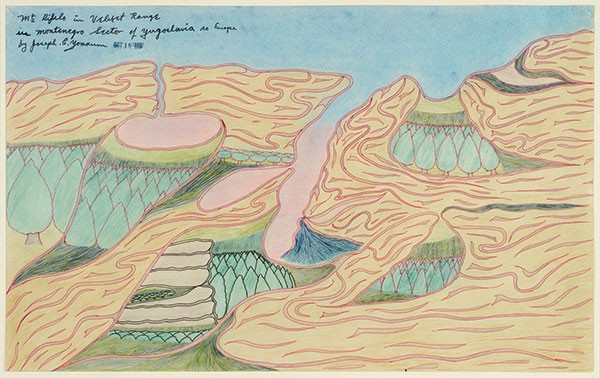 I never really took to the "CI13" designation for the 2013 Carnegie International"—it sounds like a vacuum cleaner or overbudget military hardware—but it's concise and more specific than the commonly used "the International." As the shebang approaches the fate that awaits us all approaches the end, here are a few thoughts that I didn't get the chance to express —  in print, that is.

My favorite work that didn't win a prize: There's nothing wrong with awardees Nicole Eisenman and Zanele Muholi, but I'm as impressed by Pedro Reyes' disarming series, aptly titled "Disarm," as I was on the day the International opened.

Reyes has produced an extensive series of works that does everything I want art to do, plus things I didn't realize I wanted art to do. It's a remarkable synthesis of reinvigorated found objects, unlikely sculptural grace, far-fetched music, mechanical-kinetic performativity, and initially subtle yet in-your-face politics. Ingratiating but ultimately accusatory, it might be political art at its most effective, though the bad news is that it's us he's accusing. And he's got a point.

The detritus Reyes works with is a miniscule percentage of the weaponry exported to Mexico as a result of the colossal and expensive failure that goes by the name of the "war on drugs." That campaign, along with the American free-for-all in arms dealing, has destabilized an entire nation where the corpse count is now estimated at around 100,000. (Not that it's done America any good, either — look at our own death toll and bloated prison population.) The marvel of Reyes' achievement is that while delighting in his life-affirming work, you'd have to be in deep denial not to think about the evil we've promulgated.

Why this? IOf course in any survey exhibition of 30+ artists, there will be some art that anyone, I imagine, won't much respond to. But while tgiven that there's is an element of subjectivity and taste in viewing appreciating art — and . I can see some point to everything in the exhibition — in some cases, I've got to wonder. Why choose Sadie Benning's blame-it-on-the-cellphone paintings, or Wade "Don't-Lend-Him-Your-Printer" Guyton's non-Minimalism, when there's so much else out there?

Inclusion is not, as many some viewers might assume, a simple matter of the curators' perception of those somewhat strained ineffables "quality" or "artistic excellence." Rather, I'm hoping, curatorial choices factor in such intangibles as: the work's influence on other artists; critical reception; novel process of production; geographical representation; thematic diversity; and art-world consensus.

Longest hike for a limited reward. Tie, both located in the Carnegie Museum of Natural History. Mark Leckey's "Made in 'Eaven" is an homage to or parody of a Jeff Koons balloon-bunny sculpture ... or maybe both, now that the art world is enthralled by inflated prices and immune to satire. And with Pierre Leguillon's installation "Jean Dubuffet Typographer," you'd have to care a lot more than I do about Koons or Dubuffet to justify so many steps to reach this art-about-art (though if they were keeping company with the main crowd upstairs, I wouldn't be mentioning them). The trip did remind me that it's been too long since I explored the depths of the Natural History Museum, however.

Holding up better than expected. Another tie. Phyllida Barlow's "TIP," outdoors at the Museum of Art's Forbes Avenue entryway, still looks pretty festive after a rough enough winter that I was glad my car wasn't outside. Lara Favaretto's confetti cubes, held together only by the original compression, were disintegrating rapidly at the outset, when not everyone was resisting the urge to touch. But more preemptive policing kicked in and slowed the disintegration.

Best dead artist(s). Another tie (and why not?). I respond to the Joseph Yoakum "story," including the fact that he waited until he was in his 70s to start drawing. Moreover, he didn't overproduce but rather made one or two pieces a day (which doesn't look as if it took very long) and — typical of self-taught artists — he doesn't appear to have "improved" with practice, or tried to. The landscapes enchant with their imaginative vision of a world in harmony. Apparently, Chicago Imagist/Hairy Who painters (and spouses) Jim Nutt and Gladys Nilsson think so too, since they own a whopping 21 of the Yoakum drawings on view. Then there's Guo Fengyi, who took up art at age 45. In addition to the viewing pleasures of a near-psychedelic experience, I'm fascinated by the gap between this art and my understanding; I can't gauge the presence or absence of art training, of which she had none. Without being told, I'd be willing to bet the farm that Joseph Yoakum was untrained, and I'd never be fooled into thinking that Nicole Eisenman wasn't art-educated, but I wouldn't know where to position Guo Fengyi's art. As Donald Rumsfeld has observed, not knowing — the famous "known unknowns" — is a form of knowledge.