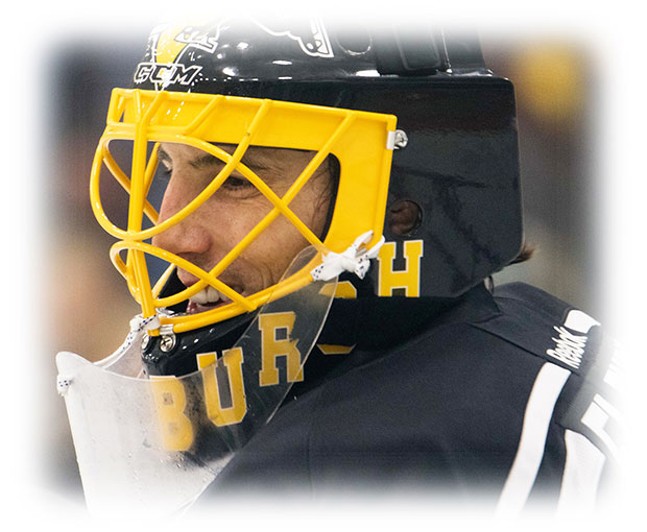 First, let me apologize for the formal greeting. I would have used your first name, but I have an irrational fear of referring to people by three names. I know Marc-Andre is technically just one name, but it still brings up thoughts of horrible dudes like Lee Harvey Oswald, Mark David Chapman and John Wayne Gacy. It’s nothing personal, just one of my bugaboos.

Anyway, I wanted to take a minute to thank you for all of the time you spent in Pittsburgh. You put together quite an impressive body of work over the course of 13 seasons. It should be 14 seasons, but Penguins management sent you to the minors in 2004, allegedly to avoid paying you a $3 million bonus. I’m not even that big of a hockey fan, but I really enjoyed watching you play.

When I close my eyes, I can easily remember all of your best moments. Like Game 7 against Detroit in the 2008-09 finals. After blocking a rocket off the stick of Henrik Zetterberg, you did like 14 cartwheels, a backflip and an Our Father to block the last-ditch shot by Nicklas Lidstrom.

I was also very impressed with your skills as an actor. In that UPMC commercial with your family, you used your big fat goalie glove to shoo away the stank that was coming from your daughter’s dirty diapers. You were so convincing that I believed her diaper smelled as bad as the pants of the guy that smuggled a catfish into the finals last year.

Well, I guess this is where I sign off. We all know you’ll do great in Vegas; in fact, you already are. Take time to enjoy the city. A few quick pro tips: It’s not gambling if you don’t lose. If you’re playing 25-cent roulette at the casinos by Lake Mead, don’t reach for your chips early. I almost lost a hand to a sadistic dealer swinging an old coffee-table leg in my direction. Also, if you need time to chill by yourself, head on over to Slots-A-Fun Casino and play some video craps; there’s never anyone there to bother you.

However, you might want to bring your big fat goalie glove, since it kind of smells in there.