An indefatigable artist gets a retrospective

This art is about resistance 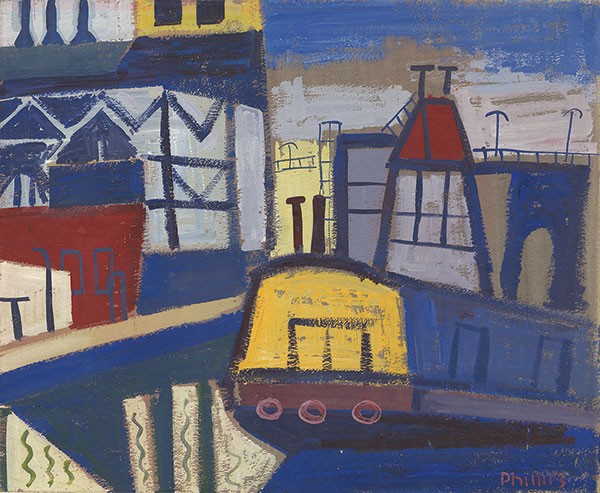 continues through Oct. 31. Borelli-Edwards Galleries, 3583 Butler St., Lawrenceville. begalleries.com
There are probably a million ways to describe what’s known as The American Dream, but it usually goes something like this: Dream big, work hard and anything is possible. It’s beautiful, and a ridiculous lie, because it completely ignores something we all know but hate to admit. Some of us will dream big and work hard and still end up with nothing, because life is not always fair. Sometimes, life sucks, and then you die.

Esther Phillips was born in Russia and emigrated as a toddler; her family settled in what’s now Pittsburgh’s Uptown. Her parents either did not understand or would not tolerate a daughter who fancied herself an artist, and without support Phillips was unable to complete a formal arts education. She left home and Pittsburgh for good in 1936, decamping alone for New York’s Greenwich Village as a woman in her mid-30s (an unfashionable age for a new arrival). She spent years trying to make it on nothing but the meager profits from selling her paintings, and refused to work at anything but art. She languished in poverty until suffering a nervous breakdown, and landed in an upstate New York asylum in 1942. Phillips spent six years there, generating a prolific body of work with the help of a sympathetic staff. Despite never achieving mainstream success, Phillips continued to paint until 1969, when her eyesight failed. She died in 1983.

The retrospective now on display at Borelli-Edwards gallery (organized by local collector Pat McArdle) traces Phillip’s artistic evolution. The earliest of these three dozen works are bird’s-eye watercolor landscapes, and they exude a childish fascination with all the forms and shapes that make up life. Her later gouache period is the most formally interesting and heavily imitative. Here she explores more complex landscapes and reduces them to simple geometric forms, in the fashion of the Cubists. During her years in the institution, she begins to take on the female figure as a subject, completely detaching her figures from depth and perspective and arranging them ornamentally, like a design on the canvas.

None of this matters, by the way. This art isn’t actually about form or line or color. This art is about resistance. Here is the labor of a woman who came face to face with the myth of hard work, and worked hard anyway.