THE ALBUM ART OF MOZELLE THOMPSON

Photo by Heather Mull
On the record: J. Malls poses in Jerry's Records with some of his collection of vintage album covers by Pittsburgh native Mozelle Thompson

As fixations often do for record collectors, J. Malls' obsession began with just one disc.

Sifting through the stacks at Jerry's Records in Squirrel Hill, Malls found an album of Martin Luther King speeches. Sixties-era MLK spoken-word records are common, but the art on this one stood out. It was an ink drawing of King, his mouth mid-remark, his arm outstretched. In the white space cattycorner to him, a crowd marched, as if King were conjuring them, genie-like. Also unique: The record sleeve included a brief bio of its artist, Mozelle Thompson, who was raised in Pittsburgh.

"I have an interest in local music, local artists [and] this diaspora of Pittsburgh creative people," says Malls, who is also a DJ. "I wanted to discover more about this guy."

The fruits of Malls' nearly two-year quest will be on display at Most Wanted Fine Art gallery, which in November will exhibit some of the 90 Thompson-designed album covers Malls has collected. Ranging from jazz and blues to country, classical and theatrical, the designs show stunning colors and expressive figures from a deceased, forgotten artist whose work once went up against the iconic cover of The Beatles' Revolver for a graphic-design Grammy. In unearthing Thompson's work, Malls also uncovered a story of racial strife and self-destruction.

Mozelle Thompson was born in the Hill District in 1926 to an African-American family, one of eight children. The family later moved to Garfield. As a teenager, he was taught by Jean Thuborn, the resident watercolor artist and art teacher at Peabody High School (now Barack Obama Academy). Thompson's early efforts were much heralded in the community. 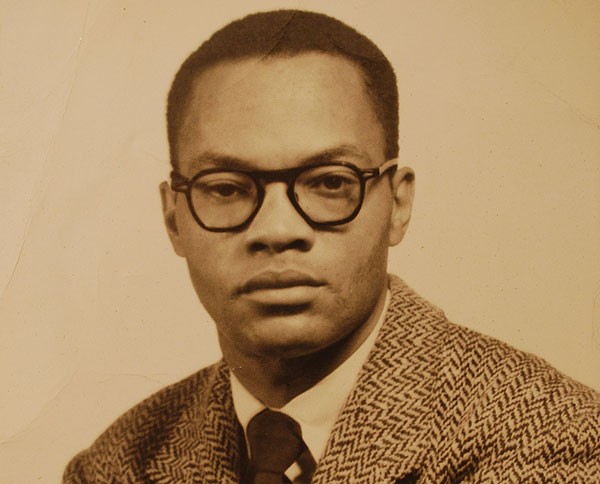 "I remember we had a[n art] show in our garage and even the principal came," says Thompson's younger sister, Greta Griffin, currently of Wilkinsburg.

Thompson also began winning national contests for young artists. A 1944 Pittsburgh Post-Gazette article, reporting on a $200 prize he'd won, claimed Thompson was "said to be one of the most promising young artists in the country." Most stories about the young Thompson quoted Thuborn. "It's was almost like she was his publicist," says Malls.

Art seemed to be Thompson's ticket to a better life. He attended the Parsons School of Design, in New York, on scholarship and studied in Paris. He returned to Pittsburgh to work as a window-display designer at the Downtown Gimbels, but soon was back in New York, working as a freelance illustrator.

Malls sought Thompson's signature in stacks of records. (Thompson always signed his work.) Most of his work was for one of the country's largest record companies, RCA, a relationship that apparently started with his sleeve for a '53 recording of Gershwin's Porgy and Bess.

Thompson's most common medium was painting, and he often illustrated the lush fantasy worlds evoked by theater and classical pieces. His cover for a recording of Mendelssohn's compositions inspired by A Midsummer Night's Dream is a swirl of imagery, with a donkey-headed man in a forest, and fairies hidden beneath leaves and flowers. His sleeve for an Arabian Nights-themed musical shows Aladdin on his magic carpet and a fire-haired genie levitating above a story-book Middle Eastern cityscape, glittering in white, pink and gold.

Thompson also did simpler designs; his illustration for a Hank Williams compilation shows the singer hunched over his guitar, the background in blue as if to evoke his lonesome tone.