The Legend of Georgia McBride marks the theater's first production with musical numbers, dance, and drag 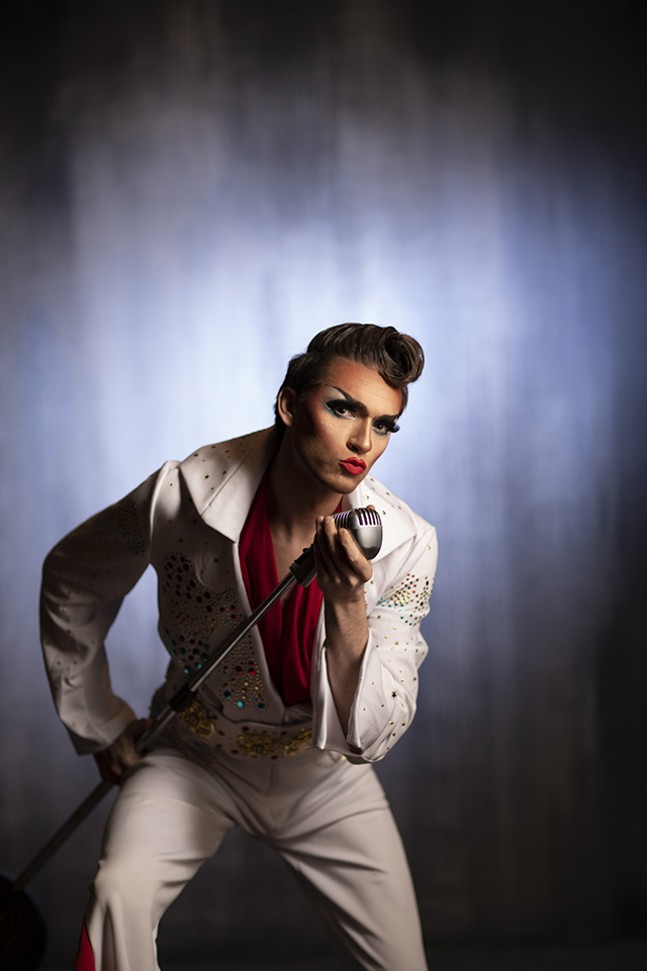 In terms of career pivots, you could do worse than Elvis impersonator-to-drag queen. Some of the details of the job are obviously different, but the core skills — stage presence, big personality, fabulous outfits — would make for a smooth transition.

That's the driving plot of Matthew Lopez's The Legend of Georgia McBride, staged at barebones productions Feb. 14-March 9. The story follows a blue-collar Elvis impersonator named Casey who's forced to change career tracks after his primary venue becomes a drag bar. It turns out he has a knack for that line of work, too.

This show, directed by barebones founder Patrick Jordan, isn't the standard fare for the Braddock-based theater. While it has all the earmarks of previous programs (off-the-cuff, risky, modern), Georgia McBride is notably more upbeat and colorful than barebones’ standard fare.

Pittsburgh City Paper spoke to Jordan about his new production, why he's trying out musical numbers, and how to find the perfect actor for both Elvis and drag.

You called this play "a departure" for barebones. What makes it an outlier?

Our shows, even though they tend to have a dark sense of humor, this would be the closest we've come to a comedy.  Other shows that we've done, I've thought were comedies, but other people thought were a lot darker. This play has so much heart, and the overall message of tolerance that guides us through this play is really a beautiful thing. And this will be our first play with musical numbers, with dance numbers, and with drag.

What do you want your audience to know going into this play?

This is your first show of the 2019 season. How do you approach that decision of what to lead off with?

I try to do something different from the last show that we've done. I try to mix it up. I take into account what's going on in the world, a lot of different factors. I thought this one was good. Headlines are so dark lately and morale is kind of low, so I thought that starting the season off here with a show in February opening on Valentine's Day with something that's fun, quick, and has a really beautiful message — I thought this would be a good way to start 2019.

What was the audition process like for the lead role of Casey? What were you looking for in that character that you found in actor Andrew Swackhammer?

I was looking for someone who could easily move in both worlds. Somebody that could be accepted as a drag queen and also someone who is, ya know, a guy who used to play football going home to his pregnant wife and drinking a beer. Andrew was able to encompass both of those things beautifully. It was amazing to see him be able to move from one world to the next. As [the play] goes on, he gets better and better at being a drag queen. So watching his evolution, both in rehearsal and what you see in the show, it's very special.

During the audition process, did you have Andrew do both drag performances and an Elvis impersonation?

Yeah, pretty much. [Laughs] You kind of have to. There's no way around it. You gotta know the goods.

Anything else to add?

You're not going to see anything like this in Pittsburgh. The show's a lot of fun, there's a lot of bells and whistles. It's a party.