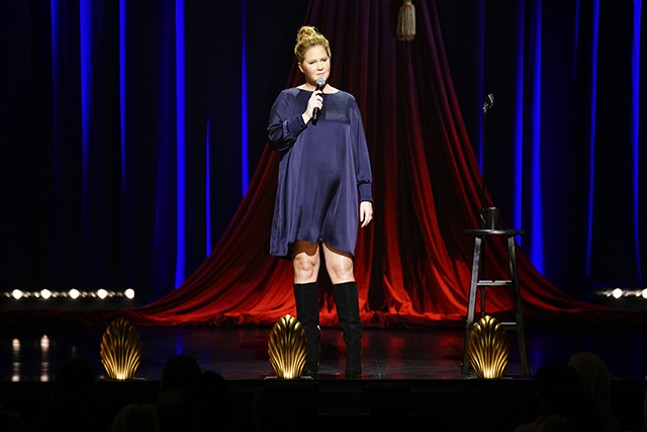 In her 2019 Netflix stand-up special, Growing, Amy Schumer would like her fans and enemies to know that she's different now, that she’s married and pregnant, but also that she's exactly the same. She's done with her wild partying days, yet still relishing in the grossness of being alive.

The biggest flaw with Growing is Schumer’s attempts to relate. She makes generalizations about what We As Women go through that are either so specific they aren't relatable or so broad they don't even apply to her. She makes the trendy choice of distancing herself from millennials, despite being one at 37. "Millennials, if you don't know what a tampon is …" she says. In a joke about working harder than her male partner during sex, she joked, “You’ve had a long day making more money than me.” It's a fair bet that the highly successful Schumer has made more than her partners for a long time.

Her honesty can be refreshing, but can also feel opportunistic, like she’s following a formula to appeal to the audience.