"His work ethic is like no one I've ever met." 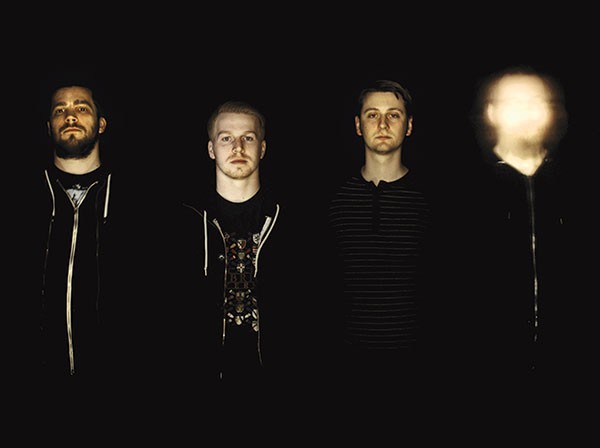 with THROUGH THESE WALLS, DOOMSDAY INITIATIVE, RED HANDS, KID DURANGO.

Si Lewis is characteristically soft-spoken about how his band, Amplifiers, came to record its new album, Everything Obsolete, with Casey Crescenzo of The Dear Hunter.

"I ended up befriending Casey, and building him a custom guitar," says bassist and singer Lewis, who started the band with guitarist Jon Davis. "I built him a Bass VI like mine. He'd joke and say, ‘I really ought to have you guys come out to my studio.' Then finally he said, ‘Feel free to say no to this, but why don't you guys come out and record with me?'"

Amplifiers have been around since 2007, but Everything Obsolete is their first full-length. They released an EP, but this is their first effort in their finalized lineup — Davis and Lewis, plus drummer Tim Evans and guitarist Andrew Brest. The four live in various parts of Western Pennsylvania, including Carnegie, Sharon and Grove City, making it a pretty big commitment — for some, driving to band practice takes an hour or more.

The band runs the gamut from epic instrumental rock to earnest rockers and post-hardcore-style stuff that highlights Lewis' powerful vocals.

The album wasn't recorded completely with Crescenzo, Lewis explains. About two-thirds was recorded at home by the band before the last third came together on the West Coast. Crescenzo added backing vocals and the like himself, and mixed the record while he had a few other things on his plate.

"The whole time, he was on tour while this was going on," says Davis, "bouncing back and forth from New York to California."

"At the time, he had just finished a record for K Será, then he went immediately to working with us, then immediately to some reunion dates with The Receiving End of Sirens, then to [the Bamboozle Festival in Asbury Park, N.J.], then started recording Migrant, the new Dear Hunter album.

"His work ethic is like no one I've ever met. We're really lucky he took the initiative to work with us."