If you ignore real history, this 1980s international smuggling tale is a kicky ride

If you know your 1980s geopolitical history, at some point during Doug Liman’s preposterous but entertaining American Made you will have to just let go of reality. Sure, the clandestine circumstances in which the U.S. government interfered with Latin American countries, made sketchy weapons trades and who knows what else (we sort of see you, CIA …) were not good; the resulting scandal gave us the 1987 Iran-Contra hearings. But, bygones! This comedy is set in the belly of that beast, and there are no laughs if you get bogged down in ugly truths. The film, after all, states that it is “based on a true lie.”

Tom Cruise, in full brio mode, portrays Barry Seal, an airline pilot who, in the late 1970s, gets recruited by a CIA agent (Domhnall Gleeson) and given a nifty private plane. First, it’s taking messages to Panama’s Manuel Noriega, then it’s some deals with the Medellin cartel in Colombia. And why fly an empty plane back to the U.S. when it can be filled with cocaine instead? Soon, Seal is swimming in cash — an actual 1980s drug-running problem was storing so many $100 bills — and enjoying a wild life, full of amusing danger and colorful characters.

Liman, who also helmed the preposterous but entertaining Edge of Tomorrow (2014), which also starred Cruise, makes this a kicky ride for viewers, too. All this international turmoil is just a largely consequence-free hoot; Pablo Escobar is the hombre with the great parties; and Cruise’s Seal might as well be the same sun-glassed, fast-talking charmer we loved in Risky Business.

It winds up being a lot of surface flash, with a sprinkling of knowing cynicism — of course, our government is up to no good, but so is everybody else, and they’re worse, right? Despite the title, the film doesn’t even bother to interrogate the particular twisted version of American success, the win-at-any-cost mentality that sustains the whole international criminal operation. It’s easy to root for Seal, because it seems like he’s just along for the ride because it’s more fun than flying short hops for TWA. And we’re along for the ride, because this is a way better Tom Cruise movie than The Mummy. 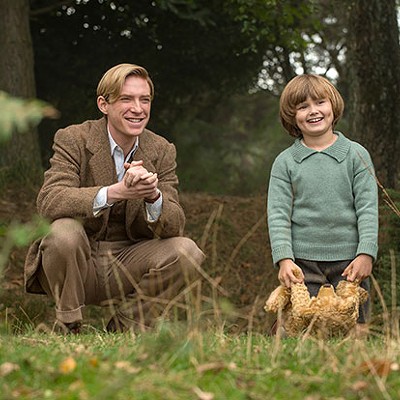