Documentary primer on decline of manufacturing could use more analysis 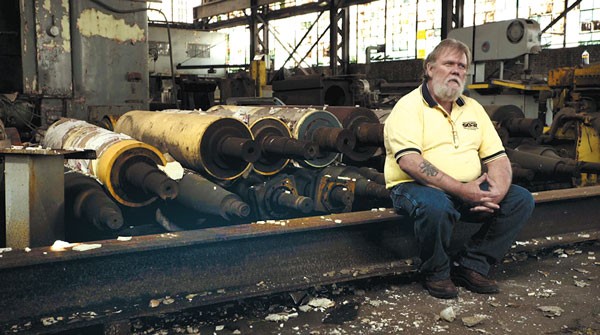 Nathaniel McGill and Vincent Vittorio's documentary film is a primer covering some of the issues that led to the huge decline in American manufacturing, while spotlighting a few longtime and new businesses that chose to stay American. Economists and academics weigh in, while the filmmakers collect anecdotal material from producers, including such well-known brands as New Balance and Lousville Slugger, and entrepreneurs such as a jewelry-maker with a contract at the gift shop at the Smithsonian's American History Museum.

But the surface is just barely scratched on this complex issue, and there are notable omissions, including any discussion of wages (union, non-union, overseas), the role of the federal government (not one mention of NAFTA) or the parsing and subcontracting of manufacturing ("assembled in USA from foreign parts"). This film felt like it was aimed at educating high schoolers — which is not a bad idea — but I'd have preferred a meatier, more rigorous analysis.