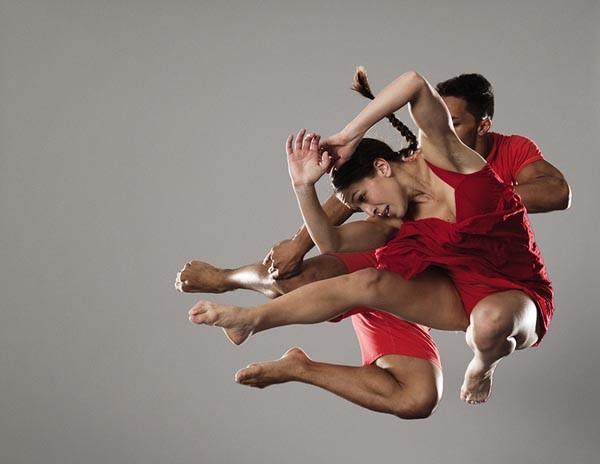 In the tough neighborhood where Black Grace artistic director/choreographer Neil Ieremia grew up, dancing didn't figure into everyday life. The son of Samoan parents living in New Zealand, Ieremia says he was exposed to traditional Polynesian singing and dancing at social functions (weddings, funerals) and through school and church youth groups. But it wasn't until he began seeing music videos from America as a preteen that he really took notice of dance.

"I wanted to dance like Michael Jackson," says Ieremia. "I practiced and practiced, and some strange things started happening. I began melding a moon walk with a traditional Islander ‘slap' dance, adding in elements of hip hop and martial arts and putting them all together in a pot to come up with an unusual way of dancing."

That idiosyncratic approach, along with formal training he received in western dance disciplines like ballet and modern, later led Ieremia to found Black Grace in 1995. The troupe's name is a reference to the mixing of hard and soft elements: It's partly a nod to New Zealand's national rugby union team, nicknamed the "All Blacks."

Begun as an all-male troupe, Black Grace added female dancers in 2002. Today, it's a contemporary dance company that happens to use elements of traditional Maori and Samoan dance — not the other way round. Ieremia describes the company's movement style as being "grounded, rhythmic, fast and powerful."

The troupe makes its Pittsburgh debut March 2 at the Byham Theater, performing three works by Ieremia.

The 90-minute program for 11 dancers will open with "Pati Pati" (Samoan for "clap clap"), a piece that reworks choreography that Ieremia created earlier in his career, and that had a more traditional bent.

Next the company will perform an excerpt from 2007's "Amata" (Samoan for "begin"). Loosely based on the weaving patterns found in traditional Pacific Island mats, the work was a first for Ieremia in that it used a predominantly female cast.

The program's final offering is Ieremia's latest: "Vaka" (Maori for "canoe"), a work inspired in part by artist Bill Viola's video installation, "The Raft." Set to a mix of popular and traditional music by New Zealand artists, the work uses the idea of a raft or canoe as a metaphor for hope, and questions why it takes something like a disaster for our humanity to surface.