"We thought that we could create at a very cool show by essentially treating them as one festival."

The last time X-Fest happened, Staind, The Dresden Dolls and Head Automatica (among others) took the stage at Chevrolet Amphitheatre in Station Square.

As it turned out, 2006 would be the last year for both the alt-rock music festival sponsored by radio station WXDX (The X), and the former Station Square venue. And while the amphitheatre has no hope of revival, X-Fest, the once-annual summer banger, is back with a new format.

"We thought that we could create a very cool show by essentially treating them as one festival," says Abby Krizner, WXDX morning host. "That way we could offer a discounted ticket price if [fans] bought tickets together, even if we're giving your livers 30 days to recover in between." 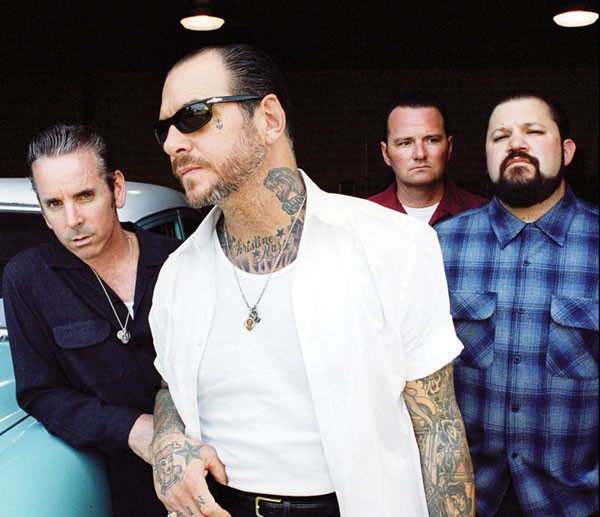 Scouting for this year's X-Fest began in November 2014. Chicago's Rise Against was on the station's wish list, but had already been booked on a tour with Linkin Park. But after an injury to Linkin Park frontman Chester Bennington, Rise Against became available, and Krizner and The X got in touch quickly. Social Distortion was also on the shopping list for the station's reincarnation of the summer festival. Having gotten "early word" that the band would be doing a 25th-anniversary tour for its self-titled album, The X secured the Cali punks.

"When that record came out, it really marked a significant point in SD's career. The band sorta jumped to a whole new level at that point," says Social Distortion guitarist Jonny Wickersham. "We've been lucky to keep this kind of relevance. It's cool that we've been able to see people our age, people that are older than us, people in their teens and everyone in between [watching us]."

This summer's X-Fest was split into two dates because it gave the station "the best opportunity for the best showcase of The X and its audience," Krizner says.

While everything has been booked and planned for this year (including a live broadcast), X-Fest is not back, necessarily.

There could be another installment in 2016, but it depends. As a radio station, The X doesn't have to put on shows — but it wants to, according to Krizner. It comes down to a simple question: Can it bring in the best bands possible, and can the station make it a great show for its fans? If it can't, then X-Fest doesn't happen.

Krizner adds: "[We would] rather do something awesome, than something halfway."