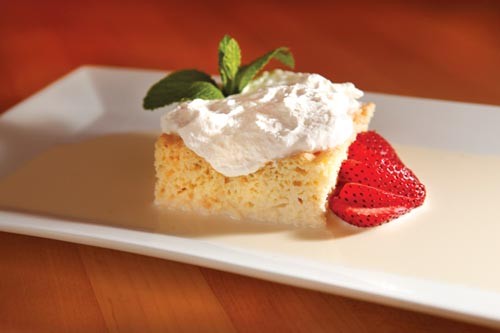 The discovery of regional cuisines by professional chefs has led us to some sophisticated explorations of foreign food, some so regionally specific that they might otherwise have never lit up our radars. In our own kitchen, for instance, is an entire cookbook dedicated to Le Marche, a modest area of Italy a bit larger than Puerto Rico. This globalization of previously obscure delicacies is a marvelous development … but sometimes focusing too closely makes it hard to see the larger picture.

Alma, recently opened in Regent Square, rejects the small end of the telescope, panning back to present instead a brilliantly curated menu of "pan-Latin" cuisine. Now, in less ambitious hands, this could simply mean serving up the most assimilated "greatest hits" of a half-dozen countries. Fortunately, Alma's perspective is far more nuanced than that. Its website explains the vast influence of African people, culture and plants that arrived in South American via slave ships and the restaurant's intention to bring this cultural and culinary fusion to the table. (Alma's owners also run Abay Ethiopian restaurant in East Liberty.)

Alma's menu, which ranges from tiny El Salvador to rising global giant Brazil, plays less like a greatest-hits album and more like a jazz exploration, riffing on common elements (lime, legumes and chilies) while bringing out distinctive identities (the rich, stew-like meat dishes of Cuba against the simple, citrusy seafood of the Peruvian coast). And like any great jazz musician, Alma can improvise: Every menu item is identified by country of origin, sometimes more than one nation, and a half dozen or so are credited to the kitchen. These are fusion dishes that either combine ingredients from across the continent (Mexican hominy with Peruvian quinoa), or else apply European techniques to Latin ingredients (chocolate cake with dulce de leche interior). The menu isn't long, though just long enough to frustrate our desire to taste everything.

The empanadas of the day were credited to Chile; never having been there, we're not sure whether Chilean empanadas are traditionally small and made with puff pastry, but Alma's were. The filling was queso fresco, a mild, crumbly white cheese that was surprisingly flavorful within its light, crisp pastry shell. These bite-size empanadas would make a perfect canapé, but tiny -- and tasty -- as they were, only three of them on the platter made for a disappointingly skimpy appetizer.

Papitas rellenas -- Peruvian mashed potato "pillows" stuffed with beef, and fried -- were also few, but not so small, and they packed plenty of savor. The potatoes were augmented with yucca and the beef was well seasoned so as to stand up to all that starch. They were served over a stripe of salsa de pimenton -- roasted peppers -- that added some sweet and spicy notes.

Just as satisfying was the soup of the day, a marvelously rich, stew-like concoction of black beans, white beans, pigeon peas and greens. It was chunky and substantial, yet the silkiness of the broth was evident on the tongue, while crunchy onions retained their character instead of fading into mush. Again, sweet notes played against spicy ones to round out the taste.

A carne asada sandwich from Ecuador piled delectable shreds of tender beef atop a crusty baguette-style roll. The beef was flavored with sofrito, an elemental flavor base of onions and peppers, and, according to the menu (though undetected by our palates), sweet potato as well. The yucca fries alongside suffered from being too starchy and inadequately crispy, exacerbated by extreme variation in fry size. Some were nearly shoestring-thin, while a few others were as fat as potato wedges. For all that, they weren't bad, and we mostly wished for a tasty ketchup substitute from the kitchen; perhaps some more of that salsa pimenton?

A plate of fresh beets, avocado, cabbage and cilantro was served with an unleavened Colombian corn pastry and sweet fried plantain; combined, these ingredients provided enough substance to make this vibrant, yet light, salad a meal. The corn pastry was really more like a pancake -- delicately crispy on its exterior and soft within.

In another vegetarian dish, torrejitas de frijolitos, a pan-seared legume cake took center stage. Its texture was firm yet creamy from a combination of whole and pureed beans; its flavor was assertively seasoned within and further accented by an herbal pesto on top. The kitchen wisely paired this with a cooked vegetable -- collard greens -- to provide a subtler accompaniment than a raw salad might have been.

While African vegetables and legumes are the kitchen's focal ingredients, meat is a staple of South American cooking. Alma's menu, accordingly, features many tempting meat dishes, such as Argentinean steak and Cuban grilled pork. Jason chose vaca frita, slow-roasted brisket credited to Cuba and Puerto Rico. The strands of beef were so long we had to wind them around our forks like spaghetti; they were delectably tender; and coated in a simple, rich sauce reminiscent of mild barbecue. The bed of rice was, if possible, even better. The grains had been sautéed with sofrito for intense flavor and good separation, as opposed to stickiness or fluffiness. Best of all, the pilaf was studded with more of those pigeon peas to add texture and a bit of earthy flavor.

Finally, the aforementioned chocolate and dulche de leche cake with cinnamon ice cream was so deeply, darkly delicious, it would make it worth going to Alma for dessert alone. But don't. Alma is a place to indulge your savory as well as your sweet tooth with the vibrant spectrum of African-Latin American fusion.