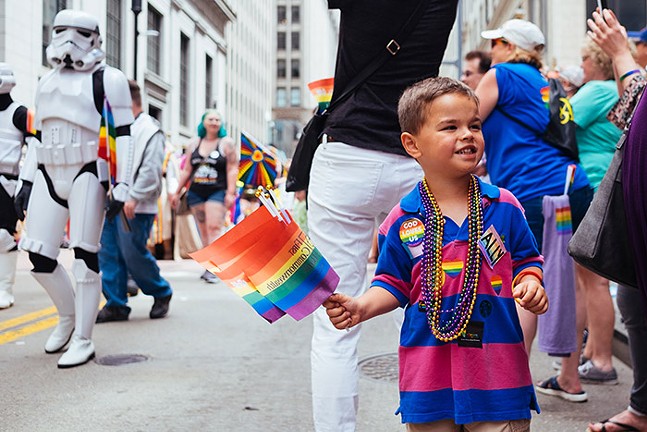 The bill, introduced by Democrats, will ban conversion therapy outright. The expediency of the vote on the bill came as a surprise, as 12 council members voted to fast-track the bill instead of sending it to committee for review. The committee is chaired by County Councilor Cindy Kirk (R-Wexford), who is in opposition to the Democratic version of the a conversion therapy ban.

Out of the three Republicans in the County Council, Sam DeMarco (R-North Fayette) and Kirk voted against the ban, but Tom Baker (R-Ross) voted in favor of the ban. Every Democrat on council voted for the ban.

All that’s left for the ban to become law is for Allegheny County Executive Rich Fitzgerald (D-Squirrel Hill) to sign the bill. In an email, Fitzgerald’s spokesperson Amie Downs told Pittsburgh City Paper that “he expects to sign it.”

Allegheny County is relatively late the game to ban conversion therapy, as 18 states having already banned the practice, as well as 11 municipalities in Pennsylvania, including Pittsburgh, which banned it in 2016.

“This practice causes real harm and, as such, is a public health and safety threat,” said Councilor Paul Klein (D-Point Breeze), the bill’s sponsor, according to WESA. “[T]his measure before us today is about bringing to an end, as a matter of law, a harmful and discredited practice, [and] it is also about preserving human dignity.”

Before the Democratic bill passed, DeMarco attempted to introduce a counter measure that would have only banned conversion practices that inflicted physical pain, but that effort failed.