Allegheny County Jail population down 7% in 2019, according to new county report 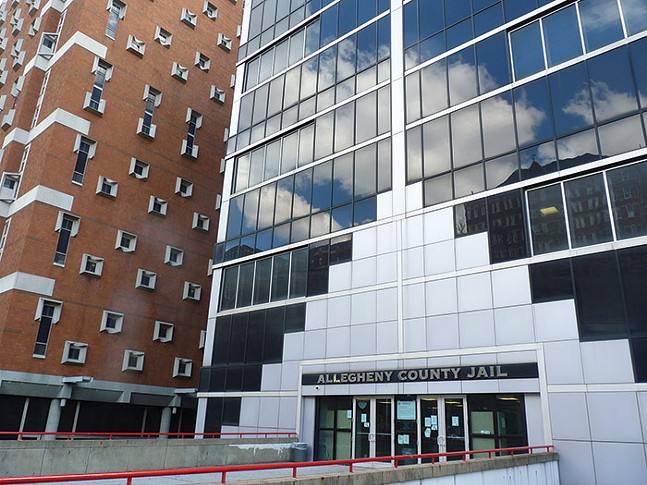 To address these issues, Allegheny County received $2 million funding last year from the John D. and Catherine T. MacArthur Foundation. The goal was to reduce the jail’s population by 20% over two years and to address racial and ethnic disparities in Allegheny County’s criminal justice system.

On Wednesday, Allegheny County Executive Rich Fitzgerald announced the first year of the initiative had reduced the jail’s population by 7%, as found in a county report.

“Addressing overincarceration isn’t an issue that I can solve on my own, and it isn’t going to be solved by County Council passing a law. It requires all of the stakeholders in the criminal justice system to be part of the solution,” said Fitzgerald in a press release.

The MacArthur initiative — called the Safety and Justice Challenge — works with communities across the country. Overall, 13 jurisdictions were selected. The program is “focused on implementing strategies that address the main drivers of local jail incarceration, including unfair and ineffective practices that take a particularly heavy toll on people of color, low-income communities, and people with mental health and substance abuse issues.”

In addition to reducing the jail’s population, Common Pleas judges heard 64 early probation violation hearings, which saved an average of 84 days in jail for each case; 213 of 293 (72%) of motions for early termination of probation were granted; and the District Attorney’s office is now prepared for 90% of its formal arraignments, after previously experiencing a backlog.

Another finding from the report looked at the use of cash bail. In October 2019, the American Civil Liberties Union of Pennsylvania released a report that criticized the county for its frequent use of cash bail, which “effectively incarcerate[s] people just because they are poor.”

The Allegheny County Safety and Justice Challenge report showed that during evening and overnight preliminary hearings where a public defender was present in 2019, magisterial district judges used cash bail 39% less often compared to the same time frame in 2018.

Fitzgerald praised the funding provided by the MacArthur Foundation for enabling local stakeholders to figure out the best policies to address criminal-justice issues. However, he says the work is far from over.

“Our work is not done, but, together, we will continue to focus on other opportunities to reduce unnecessary jail days and increase overall fairness in our system,” said Fitzgerald in a press release.