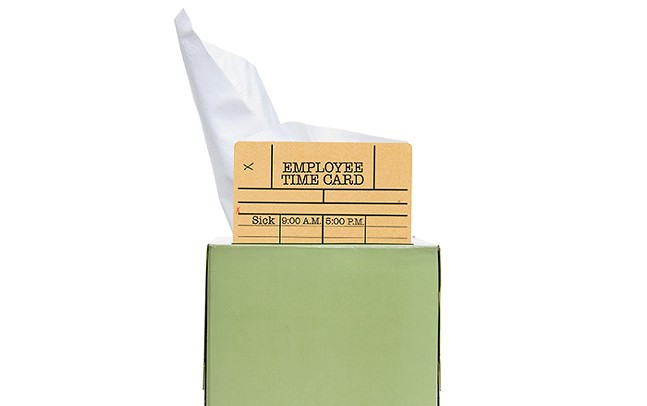 The coronavirus pandemic has done more than just placed dozens of countries under lockdown and taken over 150,000 lives; it has laid bare the necessity of many social services and labor protections some Americans might take for granted.

For example, despite the fact that many grocery store and food service workers have been deemed essential, at least rhetorically, many don’t have paid sick days to use during the global pandemic.

This week, Allegheny County Council is taking steps to ensure many of those workers don’t get left behind. On April 20, the “Paid Sick Days Act” was introduced into county council and if passed, it would require all employers in Allegheny County to provide paid sick days to employees.

The bill was introduced by county councilors Pat Catena (D-Carnegie), Bethany Hallam (D-Ross), and Anita Prizio (D-O’Hara). It was modeled after the city of Pittsburgh’s paid sick days ordinance that was passed in 2015 and was upheld by the state Supreme Court last year. The city law went into effect on March 15.

Catena, who serves as council president, indicated that he will send the bill to the Health and Human Services Committee and said in a statement that this bill shows the importance the county places on public health. Prizio concurred and highlighted the immediate need for workers to be granted paid sick time given the COVID-19 pandemic.

County councilor Liv Bennett (D-North Side) tweeted today that she will also be co-sponsoring the paid sick days bill.

Like the city law, employers can either front load their paid sick time to employees upon enactment of the law, or employees who have been with the employer for 90 days or more will start accruing sick time after the law is put into effect.

According to the legislation, the county paid sick leave law would go into effect immediately if passed and signed by Allegheny County Executive Rich Fitzgerald.

Labor advocates who worked on the city law and are assisting on the county bill are confident the county legislation will pass and won’t face any legal hurdles.

“We think the county has the same latitude as the city,” says Sam Williamson, the Western Pennsylvania director of the Service Employees International Union. “It should be less controversial for the county to adopt it than the city.”

A large portion of the county’s workforce is employed by organizations and businesses within the city, which already grants paid sick days thanks to the city law. Williamson said the city law gave paid sick days to about 50,000 workers and he estimates that a countywide law would provide sick days to even more workers. Retailers, grocery stores, large companies, and restaurant chains that don’t already provide paid sick days up to the law’s standards will be forced to do so.

According to the proposed county legislation, employees would also be eligible to use their sick time if a business is closed by order of a public health emergency. The ordinance allows use of sick time if an employee has to care for a child whose school or childcare is closed due to a public health order, or to care for a family member whose presence in the community “would jeopardize the health of others because of the family member’s exposure to a communicable disease, whether or not the family member has actually contracted the communicable disease.”

The coronavirus pandemic has led to closures of businesses, schools, childcares, retailers and more. As of April 20, there are 1,042 confirmed or probable cases of coronavirus Allegheny County, including 180 hospitalizations and 55 deaths.

“At this moment in time, I would dare any business to sue the county, and make the argument publicly to not provide paid sick days for workers.”