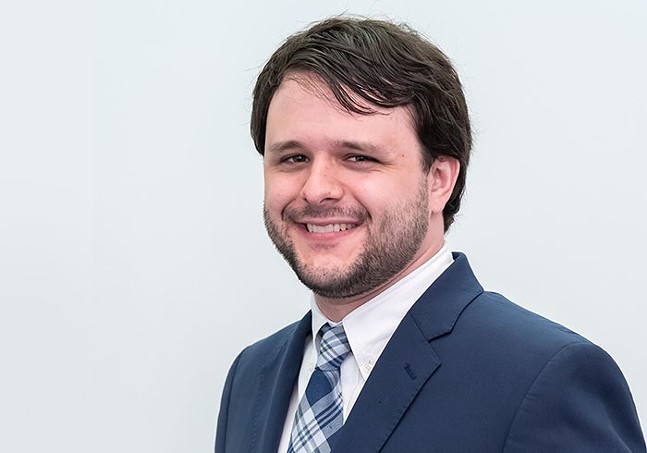 Tom Duerr
Allegheny County Councilor Tom Duerr (D-Bethel Park) will not stand for re-election when his term expires next year, according to an official statement released this afternoon.

The first-term councilmember says he wants to discontinue his current role in order to advance his career "either politically as a candidate seeking higher office or professionally, continuing my work as a Democratic campaign staffer here in Southwest PA."

Duerr maintains he was the youngest councilor in county history when he took office in 2020 at the age of 24. Before his election, the Bethel Park native worked on political campaigns for a range of moderate Democratic office-seekers, including Congressman Conor Lamb and former State Sen. Pam Iovino.

Before leaving office, Duerr says he wants to continue working to secure the passage of bills he recently introduced to "safeguard abortion access" and approve appointments to the newly formed police review board.

"I believe at the end of my term," writes Duerr, "my District, and our County, will be in a better place than when I started."

He says holding the position "has been one of the most incredibly rewarding and challenging experiences of my life," according to his statement. "I have tried with every vote to give the people of Bethel Park, Bridgeville, Mount Lebanon, and Upper St. Clair a representative who brings a balanced and pragmatic approach to Council at a time when, in my opinion, that type of mindset is slowly becoming harder and harder to find at all of our levels of government."