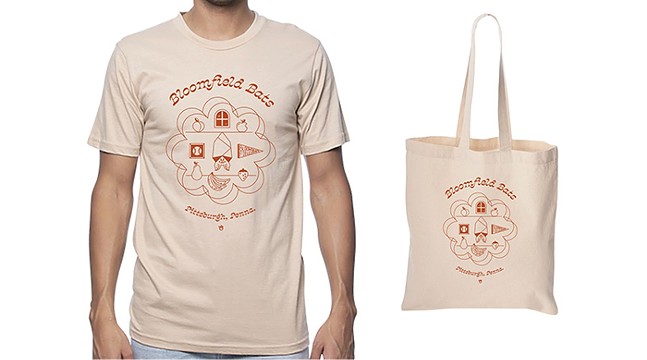 Artwork: Ashley Devine of YEAHYELHSA
TripleAAAnimals The Bloomfield Bats by Ashley Devine of YEAHYELHSA
Pittsburgh boasts an impressive array of urban fauna. In addition to the usual raccoons and squirrels, on any given day, you can expect to see deer grazing in the Allegheny Cemetery, wild turkeys roaming the streets, or groundhogs skittering through city parks. There was even a black bear roaming through Highland Park last year.

Now artists are paying tribute to the local wildlife with Allegheny Animals with Attitude, or TripleAAAnimals, described on its website as a “fictional sports league that celebrates the animals in our neighborhood that have no time for human foolishness.”

Organizing the project is local fashion designer and Pittsburgh City Paper columnist Tereneh Idia, in partnership with the gift shop love, Pittsburgh. Items are available at the love, Pittsburgh website, or at the TripleAAAnimals Society6 page.

So far, the project has released several designs representing neighborhoods throughout Pittsburgh, with more to follow. Today, Idia officially announced the latest "team" The Bloomfield Bats. The logo was created by local illustrator Ashley Devine of YEAHYELHSA, who was to incorporate her trademark house design.

“Collaborating with Tereneh on a new TripleAAAnimals team was so much fun, and I was delighted to get assigned the Bloomfield Bats because it's one of my favorite neighborhoods in Pittsburgh," says Devine in a press release.

Idia ensures the pun of the new logo is not lost on anyone, pointing out how "bats" is synonymous with both sports and the animal kingdom.

“What I love about it is the bat is placed in a space that could be an old house or abandoned church surrounded by fruit that they love, which may have been 'borrowed' from Bloomfield street market," says Idia, who points out how the logo is a pun synonymous with both sports and the animal kingdom. "Fun, joy, and celebration is all part of TripleAAAnimals,”

She attributes the idea for The Bloomfield Bats to Pittsburgh City Paper news editor Ryan Deto, who also lives in the neighborhood.

Lovers of animals and fake sports teams can purchase t-shirts, stickers, prints, and more with the Mexican War Street Squirrels, as designed by line artist Jegan Mones, or the Sugar Top Grubby GroundHogs logo by Naomi Chambers, made in honor of the Hill District. 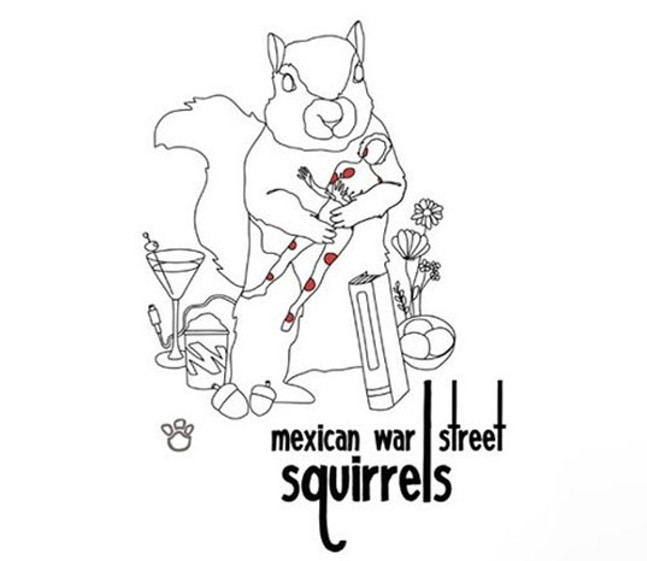 Artwork: Jegan Mones
TripleAAAnimals Mexican War Street Squirrels by Jegan Mones
Each team comes with a short description highlighting how the animal relates to its chosen neighborhood and various landmarks.

Idia says the idea was originally inspired by a Twitter thread from Pittsburgh musician, INEZ. Idia continued the conversation on Aug. 7 with a tweet about “The Allegheny Animals with Attitudes Softball/Dodgeball (?) League” that included a list of several fake teams. The tweet resulted in a number of replies suggesting more imaginary neighborhood teams.

“There was a flood of comments and it was so much fun,” says Idia, who is also listed as the "commissioner" of the league. “So I thought it would be cool to extend it and make these fake sports teams with the animals.”

She then contacted love, Pittsburgh, which carries handmade goods by her business, Idia’Dega. Idia also received a small grant from ORIGINS, a Bridgeway Capital program that supports Black makers, designers, artists, and craftspeople in Pittsburgh, to launch the project.

Kelly Sanders, co-owner of love, Pittsburgh, says she and her business partner, Monica Yope, even pitched in by suggesting the Mt. Washington Wild Turkeys for Idia’s “already incredible, Pittsburgh-crowd sourced league.” The idea came to life through a design by Anire Mosley depicting a stately, if somewhat mean-looking, turkey with a sharply peaked Mt. Washington logo. 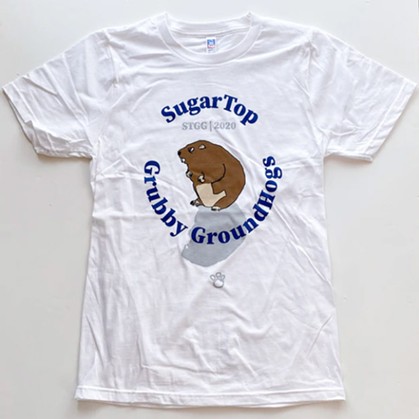 Artwork by Naomi Chambers
“We love everything about what the [TripleAAAnimals] League is about: from playfully representing our city, especially when we can all use some added joy, to hiring local artists to bring the neighborhood teams to life,” says Sanders.

While she’s currently based in Turkey (the country), Idia says she hopes to continue the project by engaging more local artists to create designs, for which they will also get a portion of the sales.

“The idea is to do drops throughout the year with different neighborhoods and themes,” says Idia, adding that she is currently seeking artists for an Earth Day series focused on Pittsburgh city parks, and for a series around Juneteenth focused on historically Black neighborhoods.

She adds that, overall, TripleAAAnimals will cover not only Pittsburgh but locations throughout Allegheny County. The project promises teams will drop throughout the summer and fall.