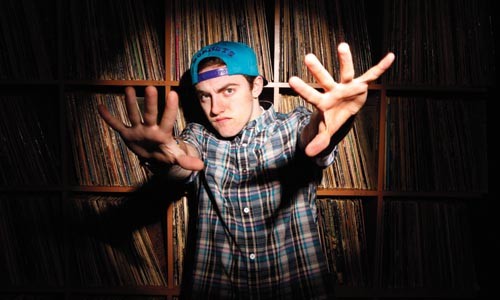 The digital age has democratized the relationship between the hip-hop underground and the mainstream. Artists like Wiz Khalifa, Big K.R.I.T. and Tyler the Creator are proving to be the torch-bearers for rap's new world order, practically willing themselves into popular relevance with never-ending touring schedules, relentless self-promotion, and, most notably, larger-than-life web presences.

Only in this era could Mac Miller, a supremely talented 19-year-old MC and Taylor Allderdice High School graduate, be considered a veteran.

With four heralded, download-only mixtapes under his belt since his junior year, a sold-out national tour, a spot on XXL Magazine's 2011 Freshmen 11 and truckloads of digital hype, Miller (real name: Malcom McCormick) is anything but an overnight sensation. Day in, day out, he works to keep himself in the national conversation about hip hop's best MCs.

But again, like most of the new wave of American rap, Miller isn't being packaged and sold by a major label. Like his close friend Khalifa, Miller opted to sign with Pittsburgh indie Rostrum Records in 2010, maintaining close creative control over his music, image and career in general (including a clothing line and more than a dozen music videos). But Miller knows it's not just about having control; it's what you do with it.

"There is no right or wrong way to become successful in music. There are so many people who have talent and so many people that are working towards the same thing I am," says Miller. "What works best for me is dedication and always thinking about what's next."

Miller thrived in his early years on eclecticism. Growing up, he learned to play guitar, drums, piano and bass by age 6, eventually absorbing every type of music he could get his hands on -- Bob Marley, A Tribe Called Quest, The Beatles. By 15, he was already working his way into Pittsburgh's hip-hop scene, going to battle against MCs 10 years his senior and earning respect one verse at a time. In 2009, at age 17, he made it to the final four in Rhyme Calisthenics, the MC competition at Shadow Lounge.

"The thing about Pittsburgh is, if you can't rap, no one likes you. You can't get by doing the minimum," says Miller. "For me, it was never about being the young kid who was trying to rap. It was about rapping better than anyone else."

At the time, the city's music was gaining attention for acts like Boaz, Girl Talk and Wiz Khalifa, and that inspired Miller to dive head-first into the scene itself. Ultimately, he connected with the production team behind ID Labs, the studio that has produced Khalifa, among other famous names.

ID Labs studio-manager Josh Everette got Miller started with producer Big Jerm and engineer E Dan, schooling the young MC in the art of production. "[ID Labs] came through and gave me a foundation. I just keep building on it," says Miller.

"It's always easy to work with artists who love the studio process, and Mac's definitely one of them," says E Dan. "Like us, he just has fun in the studio and it makes for a less pressured environment ... he's really open to the creative process."

E Dan and Big Jerm eventually helped Miller get one of his early mixtapes off the ground with the completion of 2009's The High Life, producing the majority of the tracks.  (Everette even makes a guest appearance on "Fly High in Her Nikes.") By 2010, Miller had signed with Rostrum.

The K.I.D.S. mixtape, issued in August 2010 and packed with classic '90s East Coast beats and slippery verses about partying and skipping school, garnered Miller his biggest spotlight yet. Along with a slew of Rex Arrow-directed cinema veritè-style videos that garnered 30 million views on YouTube, he received nods from The Source, XXL and Complex Magazine. Eventually, he landed guest spots on the Smoker's Club Tour (with New Orleans MC Curren$y and Big K.R.I.T.) and on Wiz Khalifa's homecoming shows at Stage AE in December.

By January 2011, Mac Miller was a name that rap blogs were tripping over each other to drop, and the young MC was tapped to be featured on the cover of XXL's coveted "Freshmen 11" issue, a spot that Khalifa had snagged a year earlier.

With this momentum, Miller built up anticipation for the March release of the mixtape Best Day Ever, his most ambitious project to date. BDE features an eclectic and distinguished list of producers including Just Blaze, 9th Wonder collaborator Khrysis, and the Cool Kids' own Chuck Inglish (though ID Labs produced a majority of the cuts). The result is a restlessly modern collection of varying rap production styles, with little evidence of the classic hip-hop vibe that seemed so pervasive on K.I.D.S.

"On BDE, I just wanted to expand [the sound] and keep pushing the limits. I have all different kinds of songs in my arsenal, and I wanted to push myself, and my fans, creatively," says Miller. "That eclectic vibe is the shit."

The ID Labs-produced title track possesses only a bare, shimmering synth line and faint splashes of percussion. Miller's smooth, cocksure flow is front and center and culminates with an effortlessly melodic chorus that practically soars. The downtempo, stridently underground "She Said," produced by Khrysis, allows Miller to back away from his pop instincts as he rhymes over an ominous bass line and lurching beat.

The Sap-produced "Donald Trump," meanwhile, might be Miller's most accomplished composition yet. Over an infectious, school choir-infused beat, Miller spits some seriously dexterous couplets and defiantly challenges haters to step up and take notice: "You know how much you love it when you get it in abundance / Give a fuck about a budget when you always be the subject of discussion / but it's nothing when you stop and just say fuck it / 'Cause you walking out in public and hear 'em talkin' rubbish." This song, more than any other track on BDE, shows Miller maturing as rapper with each verse.

By early March, thousands of followers stalked Miller's Facebook and Twitter pages for any shred of news regarding the free download of BDE. After release countdowns on multiple Pittsburgh music websites and leaked album art and lyrics, BDE dropped on Fri., March 11, at 10:15 pm. By the following Monday morning, there were 200,000 downloads.

"I think we're up to 400,000 downloads now," says a slightly hoarse Miller over the phone, talking in between performances at South by Southwest, in Austin. The response for BDE, still going strong weeks later, surprised even Miller: "I knew I built up a fan base, but I never really knew how big that fan base was. It was really cool to see."

Along with his upcoming summer spots on New York City's Governor's Ball, with Big Boi and Girl Talk, and The Roots' Picnic in Philadelphia, he has a handful of collaborations on the tip, including an upcoming project with an undisclosed roster of "hip-hop legends," and is planning a blowout homecoming show in Pittsburgh later this year. But Miller's work is never done.

"What has gotten me where I am today has been the determination, the dedication to put work before everything," he says. "It's like, 'What can I do to be productive? How can I get in the studio? What is there for me to be doing right now, so I'm not just sitting on my ass?' I've always just worked hard, and I don't plan on slowing down."