“I prepared myself and took a sip. To my surprise, it was delightful.” 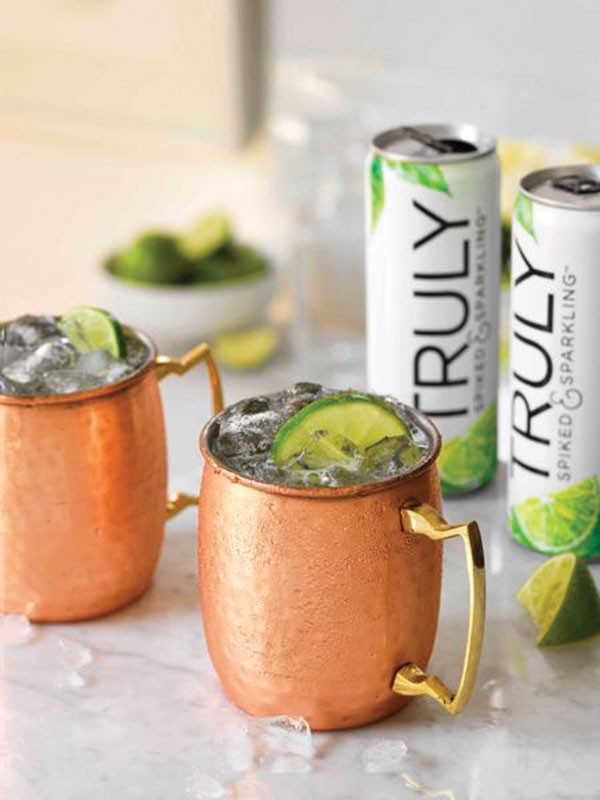 In April, a six-pack of Truly Spiked & Sparkling, a new brand of alcoholic sparkling water launched by the Boston Beer Co., arrived on my desk. I eyed it suspiciously before finally succumbing to curiosity. I gathered some friends for what I thought would be a saccharine experience similar to drinking Smirnoff Ice, a clear, fruity, sickly-sweet alternative to light beer. Cracking open a Colima Lime, one of the three flavors (the others are Grapefruit & Pomelo and Pomegranate), I prepared myself and took a sip. To my surprise, it was delightful.

In the new market of alcoholic sparkling water, there are a few brands – like SpikedSeltzer and Nauti Seltzer – aiming to be lighter alternatives to beer or wine. “It’s a really exciting category, says Casey O’Neill, a member of the innovation team at Truly Spiked & Sparkling, in a phone interview. “We’ve seen some trends growing over the last two years that are attracting people to something like Truly.” A Harris Poll commissioned by Truly backs up the trend, showing that half the participants thought there weren’t enough light-alcohol alternatives on the market.

O’Neill, who has a background in biology, intended to study medicine but became fascinated with fermentation science and its application to alcoholic beverages. One day after a trip to the gym, O’Neill and her friends were discussing the need for lower-calorie alcohol alternatives, and the idea for Truly was born. One trend that inspired O’Neill was watching her friends and family switch from soda to sparkling water. With sparkling water brands like La Croix gaining cultural steam over the past two years, O’Neill decided to start working on recipes and Truly became her pet project. In a quick turnaround, the brand launched in April and went national in June.

Truly Spiked & Sparkling is 5 percent ABV and 100 calories. Its carbonation and low sugar content (1 gram) make it easily drinkable on a hot day. Each flavor was drawn from O’Neill’s favorite seltzer flavors. The Colima Lime flavor is named for Colima, Mexico, which lies south of Jalisco and is one of the country’s biggest lime-producing states. While the flavors might expand, O’Neill says that Truly will focus on its three flagship flavors for the foreseeable future.

While O’Neill is confident that the drink can stand alone, she says that Truly has gotten good feedback from bartenders who use it as a cocktail ingredient. A popular recipe is a riff on a Moscow Mule, in which Colima Lime replaces the lime in the standard combination of vodka, ginger beer and lime juice. Beyond being versatile, tasty and a good summer sipper, it’s also reasonably priced. Six-packs of bottles and cans, which are widely available in Pittsburgh, go for a suggested retail price of $9.99-10.99, but vary by distributor and location.