Manchild is perfect bathroom reading, and that’s no insult 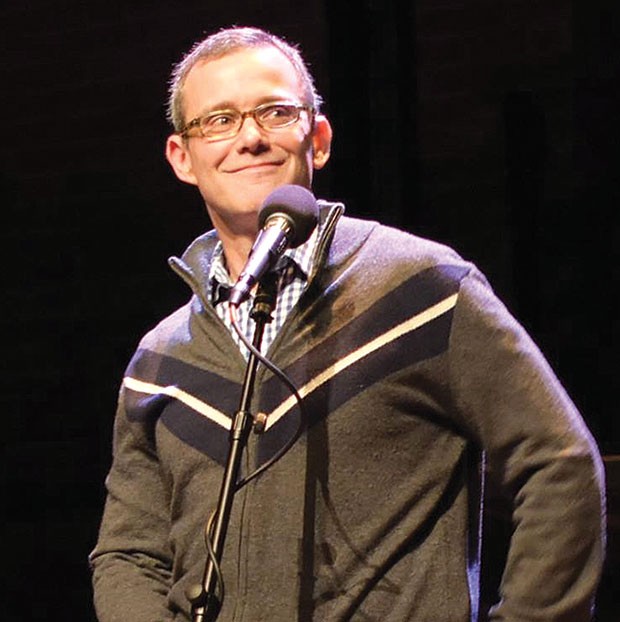 Even in a culture where adolescence can stretch into one’s 30s, many of us are embarrassed by our self-identified inability to be competent grownups. But in his new essay collection, Manchild: My Life Without Adult Supervision (Six Gallery Press, $12), Alan Olifson owns it, often hilariously.

In 38 essays over 144 pages, the comedian and humorist explores his general life-skills deficit, from childhood tee-ball traumas and collegiate drinking binges to his foibles as a parent. If the essays, just two to four pages long each, read like monologues or humor columns — David Sedaris crossed with Dave Barry — Olifson comes by it honestly. The California native moved to Pittsburgh in 2011 and is best known here as the expert host of the Moth StorySlam and storytelling series WordPlay. Many of these essays originated as pieces for WordPlay, which Olifson created while still in Los Angeles.

While some of his subject matter is unique — the eeriness of baby toys; his life-long desire to wear glasses — most of it is familiar comedy fare: hair loss, quitting smoking, how the Olympics make him feel inadequate. One thing that transforms it all is Olifson’s rapid-fire pacing and joke-writing facility: He’s got a million of ’em. An orientation meeting for a terrrible job “might have been interesting to someone coming out of a thirteen-year coma.” He punctuates his discovery that jury duty is boring by noting that “Contrary to popular belief, Lady Justice isn’t blindfolded so she can do tequila shooters.” On the rise of the Starbucks date: “Great, because when I’m trying to impress someone, I really want them to be more alert.”

The book is organized neither thematically nor chronologically, so that in one essay he’s married with a kid, and the next he’s single, only to emerge pages later as married again. The term “manchild” notwithstanding, we hear nearly as much about his days as a young son as about his time as a middle-aged dad. A couple essays are lackluster, and the proofreading is spotty.

But Manchild is perfect bathroom reading, and that’s no insult: While he’s not a polished prose stylist, Olifson has the raconteur’s knack for using an entertaining yarn to make a cogent point. A good example is “Man of the House,” in which his risible home-repair skills become a concise metaphor for both his hopes and his insecurities about fatherhood and adulthood alike.