“One false move, one bad step, one big shooting, one big negative mark, and it’s gonna go right back to it.” 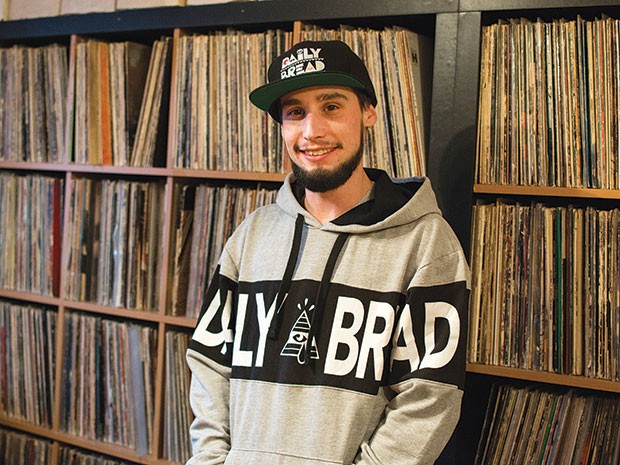 Pittsburgh’s Pittonkatonk is a year-round venture

After nine years living in Pittsburgh, DJ Afterthought is moving on. The 29-year-old DJ, producer and songwriter (real name: Ryan Haynes) has grown into one of the city’s marquee names in hip hop and EDM, working with acts like Riff Raff, Wiz Khalifa, Mac Miller and many more. If you’ve worked or spent time in Pittsburgh’s hip hop and related scenes, chances are you’ve bumped elbows with Afterthought. This summer, Haynes and his family are moving to Nashville, so City Paper reached out for something of an exit interview, to gauge his experience in Pittsburgh and where he’d like the scene to go from here.

When did you come to Pittsburgh?

2011-2012 is when I started to DJ in Pittsburgh, but I did stuff on a really small scale. I had to go to Butler to throw my own shows. I threw a Bubba Sparxxx show at a fire hall and did all-you-can-eat, all-you-can-drink and we sold it out, like 700 people. After that, and the little French Montana tour that I did, people started to say, “Oh well, it might be at least worth sitting down and talking to him.”

Who specifically helped you get your foot in the door?

My manager that I have today, his name is Jordan Lyles. He was with me from the start; he had no idea what he was doing, but he had a little bit of budget and the belief in me. He really stuck with me and kept me going and kept me pushing.

I met the guys from Daily Bread, and Big Jerm and E. Dan at ID Labs kind of all at the same time. At the end of the day, looking back at everything, they didn’t hand me the keys or hand me the winning ticket. But they definitely put me in the position where my respect level went way up, because they associated with me and spoke very highly of me and allowed me to come to ID Labs.

What’s behind the decision to move?

In Pittsburgh, it’s really hard to be a DJ. Even if you have the support of the whole city, and you have the venues and you have the events, it’s really hard to make a living because the clubs and the venues don’t have the budget to support someone trying to do this professionally. It’s like, they have a $125 budget for somebody to spin for four hours. Back then, that was awesome, when I was younger and didn’t have a family to support, but it just kind of got to the point where I’m either on the road to make money, or I’m not really making a living out of the city, per se.

What are the scene’s weaknesses as you see them?

There’s still a disconnect between the genre of music and the city itself. Obviously, it’s a real blue-collar kind of city — [there isn’t as much] hip hop and EDM as a lot of other cities. I just think that people need to remember that there’s still a lot of work to do and to not get complacent. Because I think that once people see people get a little bit of success, they think it’s easy; they take their foot off the gas a little bit, so that’s the one thing that really concerns me. It’s really the only thing that concerns me. I just don’t want to see people get comfortable, because I’ve seen where we’ve been, I’ve seen when it’s been at its lowest. After Shadow Lounge shut down, there was no outlet for anybody. I want people to remember that’s where we came from. One false move, one bad step, one big shooting, one big negative mark, and it’s gonna go right back to it.

Advice for a newcomer?

I would just, until my face is blue, say, “Hey, network. Get out there, meet people, be everywhere and anywhere you can, and eventually, if it’s something that you really want, you’ll make it happen.” At the same time, it’s just like anywhere else, you can sink or you can swim. But that’s not based on other people either, so as long as you stay true to yourself and work your ass off, it doesn’t matter where you are. Pittsburgh, Nashville, L.A., Duluth, you know what I mean? It doesn’t really matter where you are with the internet. As long as you’re working your ass off and you’re putting time into your craft, you have a shot.