After six long years in the making, 4Four6 Distillery to open in Sharpsburg by 2020 | Drink | Pittsburgh | Pittsburgh City Paper 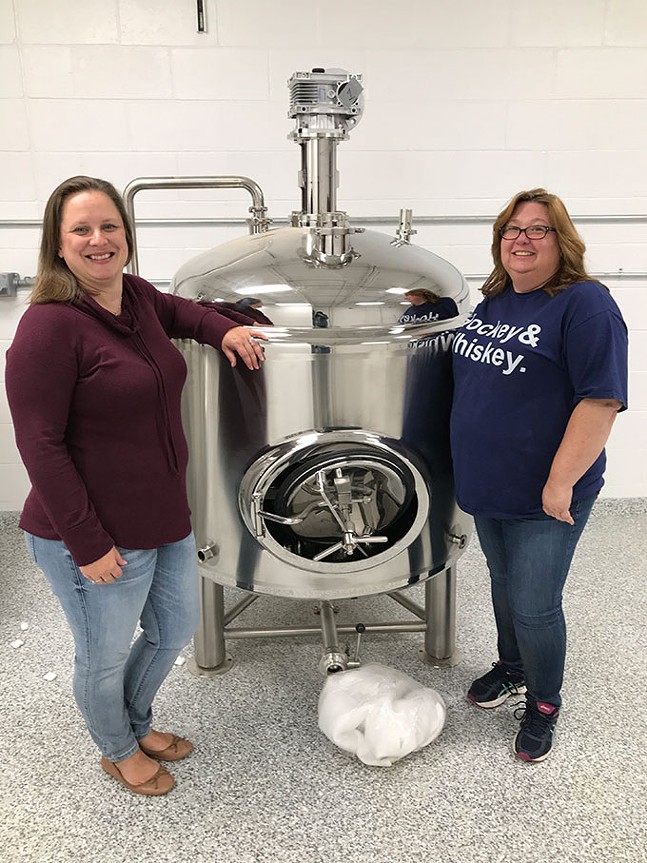 On the first day of fall, 4Four6 Distillery still had a “Coming Summer 2019” sign in the window.

“What can we say? We’re optimists,” the distillery posted online.

The new business — still coming soon to Sharpsburg — is a project almost six years in the making. It began with owners/sisters-in-law Marcy Sunday and Maria Yeater having a long conversation with a bartender at a tasting in Las Vegas, and eventually tossing the idea around to start a craft distillery of their own.

Neither had prior distilling experience, so they brought on Jerry Sunday, Marcy's husband/Maria's brother, to help them learn. Jerry was new to distilling, but not to the spirit scene. As a former bar owner, he was connected with the founders of Wigle Whiskey and developed an interest in craft distilling. He took distilling classes in New York, Michigan, and Illinois to learn how to build a distillery from scratch, and soon, 4Four6 started coming together.

“We asked [Wigle Whiskey] what the hardest part was [about opening],” said Jerry. “They said finding a location, and truer words have never been spoken.”

The 4Four6 crew spent the majority of the past six years looking for the right location, finally landing in Sharpsburg this spring.

Sharpsburg — with Dancing Gnome a few blocks away and a rumored Pittsburgh Winery shop going in across the street — might be the founders’ perfect neighborhood, but their building isn’t exactly conducive for distilling.

4Four6 will be operating on two floors, using a method similar to that of old Kentucky distilleries. The process will start upstairs, moving from the mash tun to the fermenters. The still, however, is downstairs. To get the rough, fermented alcohol into his pot still, Jerry has to drill a hole in the floor. From there, it’s all gravity.

Right now, there’s nothing in any of the tanks, but in the next few weeks, they’ll be distilling clear, unaged spirits to get ready for opening with two gins and two rums.

Eventually, 4Four6 plans to make gin, rum, whiskey, and bourbon. Yeater is creating a cocktail list that they’ll serve from behind the rustic bark bar along with Pennsylvania beer, wine, and cider. They’re partnering with the pizzeria next door, Gino Bros, on a short distillery takeout menu.

And, if you’re curious about the meaning behind 4Four6, any of the founders will gladly tell you when you visit the distillery. Thankfully, they swear their doors will be open soon. Jerry is determined to open before 2020. His mantra: “It’s on the logo, so it has to happen.”