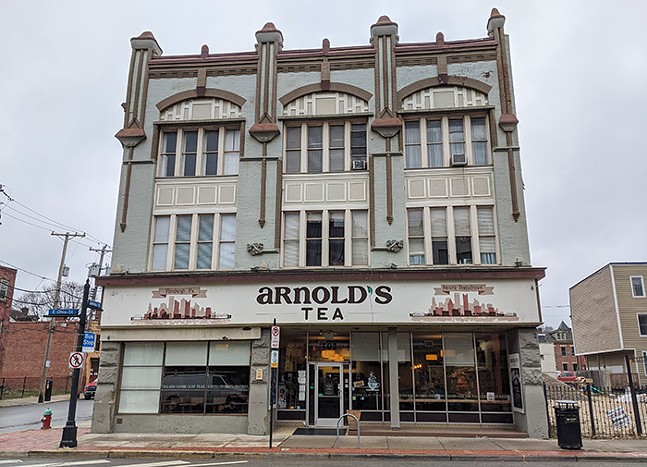 The North Side cafe has been besieged by financial issues over the last several months and was issued an eviction notice in November, but chef Claudy Pierre recently told the New Pittsburgh Courier that he signed a consent agreement with the building’s owner to keep the business open.

Pierre called the agreement a “win for the community,” and is now asking his customers and neighbors for some help.

“Book events, book some of our catering events, come in, bring your meetings here, speak kindly about us,” Pierre told the Courier. “Make sure that you uplift us like we uplift you, and really allow us to keep working hard on your behalf.”

The building housing Arnold’s Tea is co-owned by the Historic Deutschtown Development Corporation (HDDC). The cafe and restaurant was opened in 2015 by Verna Arnold, a retired Pittsburgh Public School principal, and was taken over by Pierre in October 2018.

Ownership said Pierre consistently fell behind on rent and had five checks bounce during his tenure running Arnold's. This led them to issue the eviction notice in November.

According to the Courier, Pierre said that after the eviction notice came, some people canceled events believing the cafe was closed. But Pierre appealed the decision and on Jan. 23 reached an agreement that allowed him to stay open as long as he paid $910 for back utilities and the rest of the rent for this January. As part of the agreement, ownership has promised to make repairs and improvements to the building.

HDCC, which has sparred with Pierre over the past year, says it will honor the agreement and looks forward to finishing out its terms.

Pierre has until May 31 to show he can consistently make rent and pay it on time. In June, ownership then will decide whether or not to renew Pierre’s lease.

He is hoping the community will come out and support Arnold's Tea during this time, calling the cafe an important “community asset.”

“Arnold’s is a culture. It’s not just a place, and we say that with a big heart because Arnold’s is a feeling,” Pierre told the Courier. “Even when you’re on E. Ohio Street, you walk in Arnold’s and you could feel how light the air is and how powerful the atmosphere is.”