After more than 20 years on hiatus, Nick M. Daniels returns

"Second chances do come along, and they are fantastic"

It is said there are no second chances in life. Don’t tell that to DANA Movement Ensemble founder/artistic director Nick M. Daniels. “Second chances do come along, and they are fantastic,” says Daniels.

After more than 20 years on hiatus, Daniels returned to dancing, choreographing and running his DANA (Dancers Against Normal Actions) Movement Ensemble in 2017. Its latest production Don’t Call It A Comeback, October 26-27 at the Ryan Arts Center in McKees Rocks, is technically a comeback, but Daniels sees it more as a second chance at a career he feels was never fully realized.

A Slippery Rock University dance department graduate in 1991, Daniels says he left dance in 1995 after feeling overwhelmed and needing time away. “I got caught up in things and what was supposed to be a short break kept getting longer and longer.” After his parents passed away, Daniels realized he needed dance back in his life. Now at 50, he feels re-energized and has begun reintroducing himself and his company back onto the Pittsburgh dance scene and beyond. Part of that reintroduction was resurrecting the city’s long forgotten Pittsburgh Dance Week celebration this past April by mayoral proclamation.

“This second go-round I am doing a lot more than I did back in the 1990s and there are many more opportunities for me to do so,” say Daniels.

For Don’t Call It A Comeback, the company will perform two of Daniels' multimedia works in ongoing development and will blend old and new choreography. Set to music by Alva Noto, the 45-minute “Sissy” for five dancers including Daniels, explores ideas surrounding gender identity. “There is no story per se, but an idea that allows whatever story you want to have.”

The program’s other work, the 40-minute “Folkdances of a Nucleic Village,” is a work Daniels says he began in college. Also danced to music by Alva Noto, the work marries a futuristic apocalyptic theme with Daniels' version of folk dance, making a statement on the world’s current geopolitical turmoil.

Rock on the Road 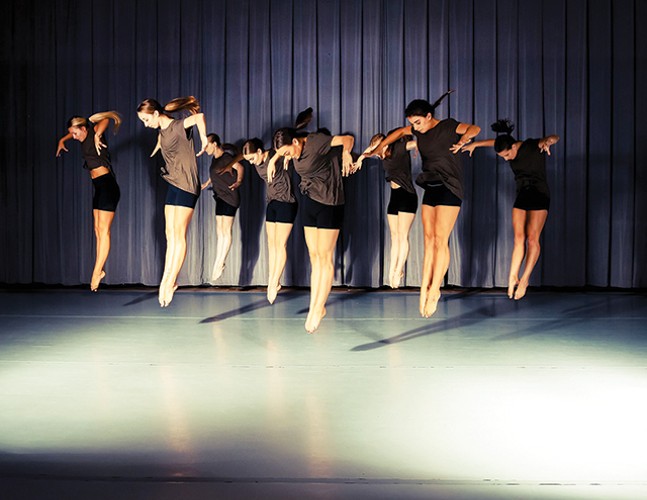 Then on Fri., Oct. 26 at 7 p.m., celebrate Colombia’s rich cultural history in dance, music and poetry as SRU’s Afro-Colombian Dance Ensemble presents Palenque at the Kelly-Strayhorn Theater. The concert merges traditional and contemporary Columbian rhythms, song, movement and the spoken word depicting life in a Colombian village. Pay What Makes You Happy. 412-363-3000 or kelly-strayhorn.org