Photo: iStock
Stock photo of empty shelves
The recent shuttering of Duquesne's only grocery store has spurred several advocacy groups into action to call for help to address poverty in Pittsburgh’s Mon Valley region. Today, local organizations will hold a Pennsylvania Poor People’s Campaign event at the plaza where the Save-A-Lot, the only grocery store in town, was recently shut down.

It is part of a National Call for Moral Revival to address poverty in the greater Pittsburgh area.

Tammy Pratt, a member of Put People First! PA and a Duquesne resident said, “One of the reasons we are doing this is we want to talk about what democracy looks like for those people who are impoverished post-election and how that’s going to look in our communities.”

The event is being planned by different action groups such as Just Harvest, Pittsburghers for Public Transit, Put People First! PA, Take Action Mon Valley and the Thomas Merton Center.

The agenda for this demonstration is specifically addressing the systemic food insecurity in the small city just southeast of Pittsburgh, but Pratt emphasized this is not just a Duquesne problem or a Pittsburgh problem.

“It's not just the city of Duquesne. There are food deserts up and down the Mon Valley and across the country,” said Pratt. "It’s very important that we recognize [that] while the discussion is in Duquesne, the problems are universal.”

Duquesne’s residents now face a food desert after Save-A-Lot shut down in September. The Greater Pittsburgh Community Food Bank, which is located in Duquesne and serves the whole region became infamous earlier in the pandemic for having lines that stretched hundreds of cars long. 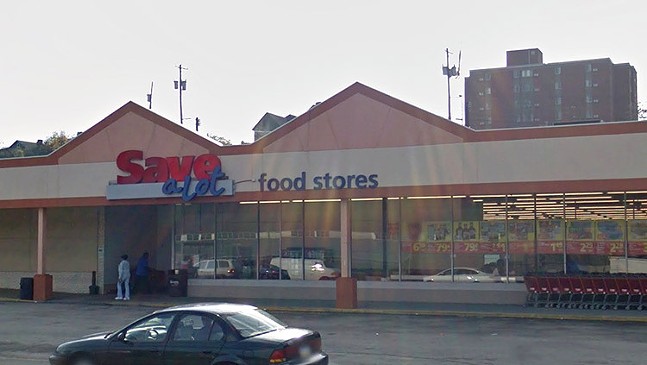 Photo: ©Google Maps
Former Save-A-Lot grocer in Duquesne
Without a local grocer, Duquesne residents are now required to pay for another mode of transportation to go shopping, whether they take the bus or a ride hail, said Pratt. Most of the families in Duquesne don’t own cars and rely on public transportation. This has also led to challenges for residents to access food banks during the pandemic.

“A lot of my community is working poor," said Pratt. "By the time they get on the bus in the morning and then they get off in the afternoon with the certain shopping hours of the grocery stores due to COVID, they are having a hard time getting to the grocery store.”

If people can’t get to the grocery store or food banks, local officials and organizers have made it a priority to deliver groceries to people’s homes.

Pratt knows this is an imperfect system but the Duquesne community has really shown up for each other in this time of need.

“Our community has really rallied around making sure other people have the ability to have food. It’s not a perfect system, but I couldn’t be more excited about the response from the community,” said Pratt. “This is a different community. We may be impoverished and many people in this community may be one paycheck away from financial peril ... but this community is special when it rallies together.”