After a sexual harassment case rocked the Mattress Factory in September, are Pittsburgh artists ready to embrace the museum again?

“No cultural institution's legacy is bigger than its employees’ rights."

In September, the North Side’s Mattress Factory museum was rocked by several allegations of a male employee sexually harassing and assaulting his female co-workers. Even more troubling is how those involved claimed the museum’s management responded, by retaliating against critics, downplaying the severity of the allegations, and failing to take action against the accused. A National Labor Review Board case was recently closed on Jan. 3, giving the Mattress Factory workplace guidelines to follow in the aftermath of the scandal.

Many in Pittsburgh, especially in the local art community, were shocked by the actions of such a revered institution. Some artists made statements on social media condemning the Mattress Factory, and vowed to stop collaborating with the museum and pull their work from the store.

“I know this is a rough time for the staff, but I do not feel comfortable selling my work at the Mattress Factory right now,” wrote local artist/musician Jenn Gooch in a September Facebook post. “I hope that [former executive director Michael Olijnyk] and the leadership find the wisdom to address the concerns of the women who have been harmed working there."

The Mattress Factory responded to the story by placing Olijnyk on temporary leave and replacing him with the former CEO of Westmoreland Museum of American Art, Judith O’Toole, as interim director. The museum also reached a settlement with four of the employees who were allegedly harassed.

But like with any serious allegations at prominent cultural institutions, rebuilding the trust of the public takes time. Some have praised the Mattress Factory’s actions post-scandal. But are local artists ready to fully embrace the museum again?

Gooch, for one, is not completely ready, saying the scandal “hit a lot of women artists in Pittsburgh hard.”

“It takes time to dismantle and rebuild the policies, leadership, and internal culture of an institution where women employees were both harmed, then retaliated against when they spoke up,” says Gooch. “I'm sure I'm not the only wary woman waiting to hear from the current staff that positive change is actually happening.”

Gooch has worked as a teacher, artist, and crafter for the Mattress Factory, but recognizes it wasn’t a huge loss to boycott working with the museum since her work and sales there were limited. She says the museum is “staffed with many amazing fellow artists,” which is why she believes the scandal affected local women artists so deeply.

She wants to wait to see if the new workplace culture emerges post-scandal.

For Gooch, there are two paths for the museum to take moving forward. She says the Mattress Factory can do the bare minimum requirements of the NLRB decision, or go beyond and become an example for other art institutions to emulate.

“No cultural institution's legacy is bigger than its employees’ rights."

New Mattress Factory director O’Toole says the museum is shooting for the latter.

“The Mattress Factory has learned a lot of lessons from this experience and we intend to move forward and continue to talk about the lessons learned,” says O’Toole. “The closure of the NLRB case does not end the Mattress Factory’s work here.”

O’Toole says the museum is close to adding a Human Resource officer to its staff. She says that hiring the new employee means the museum will be more proactive in addressing workplace complaints and will no longer just reach out for external help after problems arise.

She says that the Mattress Factory also wants to hold workshops for other local organizations, to help them create policies to deal with sexual harassment.

“How can we go out and work with other small organizations, to help them if they are ill-equipped,” says O’Toole. “I know for a fact that a number of cultural organizations have examined their own policies because of what the Mattress Factory is going through.”

O’Toole believes these kinds of rules are necessary, even if they are contrary to a more old-school artist ethos. She says that Mattress Factory founder Barbara Luderowski regularly said that in the art world there were no rules. O’Toole believes the museum can maintain a culture of creativity, and still have rules in place to foster a safe workplace. 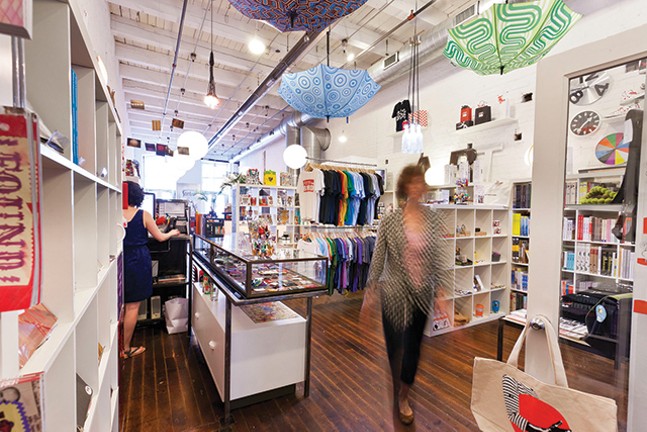 “It doesn't cramp an artist’s style to have those in place, it actually protects staff and artists,” says O’Toole. “It gives them peace of mind, that the organization is running with business standards. It can still have creativity and freedom and all those things.”

Pittsburgh artist Matt Buchholz, who runs Alternate Histories, says these are the kind of steps that will be necessary if the art world is to truly re-engage with the Mattress Factory. He says the museum is influential, but not on the scale of the Met or the Guggenheim in New York City, which makes maintaining good personal relationships with artists all the more important.

He agrees with O’Toole in that museums should be workplaces that are safe and inclusive, and this will actually produce better, more impactful art. “If artists are providing these truths and beauty and educating people, how can artists do that if the places they are in aren't holding up their end of the bargain?” says Buchholz.

Some local artists who called for cutting off work with the Mattress Factory initially, like filmmaker Chris Ivey, have publicly made peace with the organization. Ivey says that many people still believe in the museum, but there clearly needed to be a big change. He hopes this spurs a cultural change citywide.

Gooch says that big cultural change is possible if those in the art world and other institutions trust and listen to women, especially those brave enough to report misbehavior and harassment.

“No cultural institution's legacy is bigger than its employees’ rights,” says Gooch. “We see it in entertainment, in music, in the arts, and in business. Institutional and celebrity myths can create cults of highly toxic environments where people fear for their careers too much to rock the boat.”