“There were times where, if I was a little theologically iffy on something, there would be a conversation.” 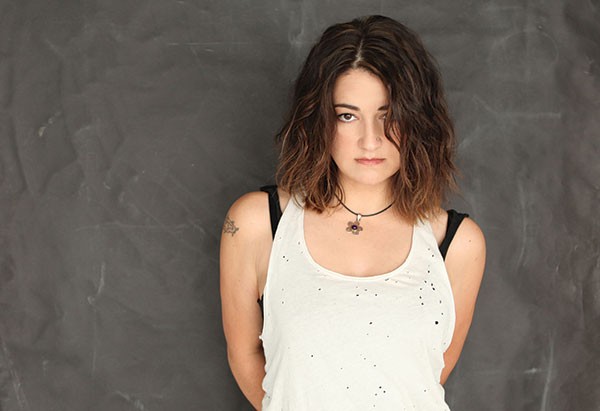 When Jennifer Knapp released her debut record, Kansas, in 1998, she was exactly the artist the Christian-music business needed.

Contemporary Christian music has long existed as a bizarro parallel universe to the mainstream music world, churning out blandly wholesome versions of popular secular bands.  For many, Knapp was a safe alternative to all those paganish, feminist singer-songwriters rising to fame at the height of Lilith Fair-mania.

“It would be blatant marketing sometimes,” Knapp recalls. “Like, you would go into a Christian bookstore — which was where the majority of Christian music was sold — and there would be a cheat sheet. ‘If your kid likes Indigo Girls, give them Jennifer Knapp.’”

The Christian-music industry still operates in much the same way. (Like Selena Gomez? Try V. Rose!) But things are a little different for Knapp.  In 2010, after a long hiatus during which she relocated to Australia, Knapp released Letting Go. Around that time, she also became arguably the most high-profile Christian-music star to publicly come out of the closet.

The covers of previous records featured Knapp looking pensively at the camera; Letting Go finds her jubilant, throwing her head back with a laugh or shout. It’s tempting to read this as a message — “Finally, I am myself!” But while her lyrics occasionally hint at the past (“Oh the bones I had to break / to fit into your perfect space,” she sings on 2014’s Set Me Free), there’s no stark before and after, no sense that Knapp was previously living a lie. Knapp’s favorite themes of grace and redemption remain consistent.

From the very beginning, Knapp was different than many of her contemporaries. She wasn’t ripping anyone off. Though she hit many of the lyrical touchstones of Christian music, she didn’t shy away from darkness. Her roots-based rock was filled with longing and questions that felt real and raw.

Part of that may have come from the fact that making Christian music happened by accident. Raised in an irreligious home, Knapp became a Christian while studying music education in college. “I think it [showed] up in my music … both the love of this religious experience I was having, and the confusion of having not grown up in it,” she says. Songwriting became a way of processing those issues, “and because it had themes of my faith in it, I would get invited to play at church … and before I knew it, I was supporting my way through school as a musician.”

Knapp found her way to Nashville, and signed to Gotee Records, a label founded by Christian-rock superstar TobyMac. Kansas went gold, and Knapp followed up with Lay It Down in 2000 and The Way I Am in 2001.

Gotee, one of the industry’s hipper labels, was supportive and mostly let Knapp do her thing, but there were demands unique to the Christian music business. “I’ve never sat down in a meeting and said, ‘We’re about two Jesuses shy of a record,’ she says with a laugh. “But there is pressure to theologically measure up.” The fact that she was already a bit of a “tattooed rocker chick” gave her some leeway, but there are moments when Gospel references feel like belabored Biblical check-ins.

“I did feel at times that I had to go out of my way to create a Christian element,” she says. “There were times where, if I was a little theologically iffy on something, there would be a conversation: ‘Well, I’m not sure we can leave this unhappy ending here, we might need to turn it into something a little more redemptive.’ No question marks, really, is the goal at the end of the day.”

But, for Knapp, those question marks were important. “After three records … I was ready to say a little more, artistically.” She was also growing increasingly frustrated with the genre’s deep political conservatism. “You’re pretty much having to toe a classic evangelical conservative viewpoint, and if you’re not doing that you don’t really succeed economically. … [I] didn’t really know how to deal with that so I just left. And I thought that was the end of my career.”

Even then, there were rumors about Knapp’s sexuality (her own awareness on that front was gradual). But it shouldn’t be a surprise that when she did come out, with interviews in Christianity Today, the Advocate, and on Larry King Live, it was a big deal to evangelicals. “[Many] conservative Christians really find it hard to see value in the LGBT community because it’s just been part of the language for so long that if somebody is gay, they’ve failed in their faith in some measure,” Knapp says. Had she decided to come out in the early 2000s, “I think it would have probably simply just ruined my career.”

Knapp, who is currently signed to Ani DiFranco’s Righteous Babe Records, still considers herself a Christian. And, she says, things are changing. While she lost some fans, and experienced some rejection, the positive feedback has been overwhelming. She founded an LGBT advocacy group called Inside Out Faith and is regularly invited to speak at churches. And after every show, fans old and new line up to tell Knapp their own stories. It makes sense: When you write honest, straightforward music, you tend to appeal to people who are equipped to handle nuance and ambiguity.

“I love open-ended questions,” Knapp says. “The influence of my faith gives me hope when things are ambiguous or weird. But it’s not a roadmap. I’ve actually felt far more deceptive in telling somebody, ‘Oh I know what would make you feel better.’ At the end of the day … what I really enjoy is being able to [say], ‘Yeah, this is tough, but here’s empathy.’”