After 25 years, a glimpse of a mysterious North Side venue 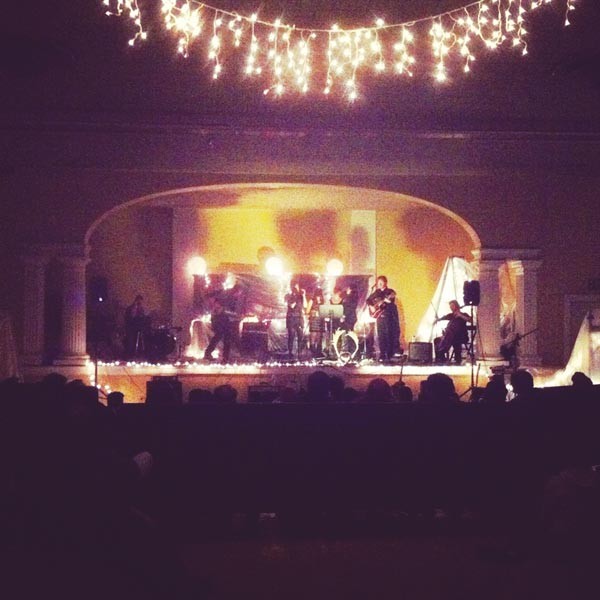 Paper lanterns light the proscenium, ending a quarter-century slumber. Translucent shapes with dim skeletons cast a gauzy glow over the 200 listeners sitting on heavy wooden benches and the newly swept floor. At center stage is a pair of antlers — homage to the Elks' heyday, when meetings drew 3,000 to this room.

When choosing a venue for the Dec. 8 release of their self-titled album, "we wanted to create a space that's ours," says Johnson, "a communal space where everyone just floats around in the music." He recalled an earlier visit to the third floor of the North Side Elks Lodge. Despite decades of dust, inadequate electricity and crumbling ceiling tiles, its "dream-like quality" harmonized with the band's aesthetics.

Stewart was dismayed when she saw the rough conditions, with only days before the show. Yet sweat, creativity and help from Brad Richards — at 37, one of the chapter's youngest Elks — transformed the space. An old radiator grounded the electrical equipment. Richards created mood lighting by wrapping unsightly scaffolding with white Christmas lights and plastic sheets — making the room "more of a sacred space."

For musician and architect Greg Dutton, the stage design helped convey Sleep Experiments' identity; a local band's release show, he adds, "is the one time to pitch the idea of what your band is." The rapt audience impressed writer and musician Bob Melvin, with "a level of respect I rarely see even at bigger shows."

While the Lodge holds concerts downstairs (including the well-known weekly Banjo Club), Richards says third-floor renovations are on hold pending a $50,000 roof repair. Since the show, Stewart has received several emails asking about booking the space. "I just chuckle to myself," she says — "you have no idea what went into this!"