“I’ve been through probably one of the most embarrassing and extremely painful experiences anyone can ever experience.” 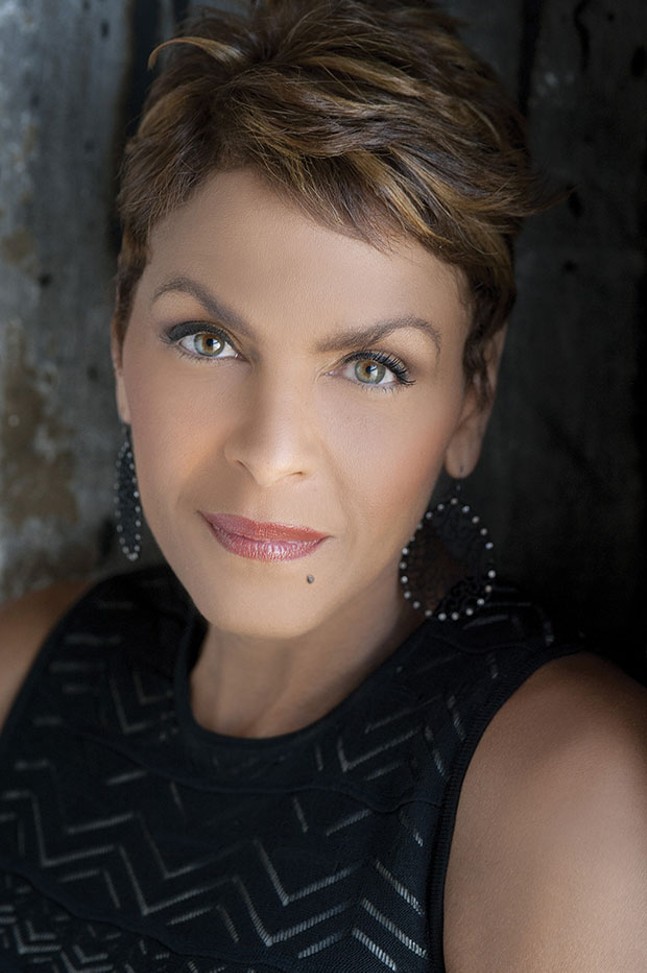 The start of another year is often filled with hope and promise. But instead of turning over a new leaf, former television-news anchor Darieth Chisolm began 2017 living in a nightmare.

Chisolm, who was a familiar presence on Pittsburgh-area televisions for more than a decade, had recently broken up with a boyfriend whom she had been living with in Jamaica. But the man was unwilling to let her go.

And when that didn’t work, the man began sending Chisolm a different kind of threatening messages. These messages contained nude photos and videos of her that the man had taken without her knowledge.

“He started sending me messages with photos and videos he had taken of me, and then he started creating memes with a bunch of lies and distortions and threatened to put that out on social media,” Chisolm says. “Obviously that left me very confused and angry and upset and alarmed.”

By March, the man had created a website where he posted the photos and videos. As a result, Chisolm shut down. She didn’t know where to turn.

“So, this is out there on the internet, and I’m somewhat of a celebrity and have spent 20-some years building a very successful career, and you can just imagine how embarrassing and ashamed and humiliated I felt by all of this,” Chisolm says. “I’ve been through probably one of the most embarrassing and extremely painful experiences anyone can ever experience.”

“What I decided to do, after I picked myself up, is to not only share my story, but use my voice and my platform to really bring attention to this, because I am not alone,” Chisolm says. “I have heard, sadly, from so many people who are experiencing this. Many of them are still locked away in silence and shame, afraid to even tell others, let alone know what to do next.”

“My fight is long and hard. There is very little legislation on the books around these types of cyber, revenge-related crimes,” Chisolm says. “We’re calling for stricter enforcement for perpetrators and better protection for victims.”

“Not all states carry some form of statute in their case law that can be used to support someone who is seeking some civil or criminal remedy, and even the ones that are on the books aren’t very strong — they lack teeth,” Chisolm says. “For the victim, this ruins their lives. It leaves you with no way to fight this. We’ve got to strengthen the laws. We’ve got to broaden the laws.”

The 50 Shades of Silence website provides information on resources victims can use to get help, including how to get illicit content removed, find an attorney familiar with these kinds of cases and access emotional support.

A lot of those resources are based on Chisolm’s experience. She sought a protection-from-stalking-and-cyber-stalking order, but had to get help outside of the court system to shut down the website where nude photos and videos of her were published.

“Often times, internet companies like GoDaddy and Google will say you need a court order, and people find themselves spending a lot of time and money in court seeking that. I have yet to get a court order, and I’ve been in court for six months,” says Chisolm. “It’s unfortunate because children and adults have committed suicide over this.”

Chisolm is in the process of filming a feature-length documentary to raise awareness about the issue. The documentary will include stories from other victims, as well as spotlight lawmakers working to address this issue and tech companies creating solutions to help victims. But it will also send a message to Chisolm’s abuser.

“One of the things he said to me was, ‘I will silence and destroy you,’” Chisolm says. “I felt just like anyone else who has naked photos taken against their will published online. It took me several months to even get to a place emotionally to even tell my mother. Now, I’ve made it my mission to use my story and my voice to support others.”