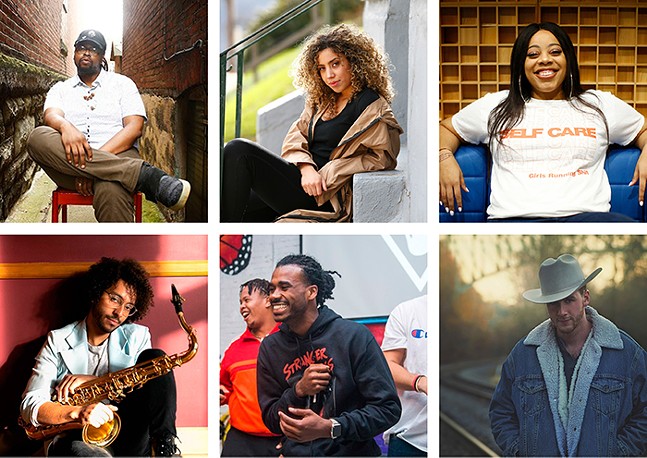 One day, while chatting with her friend and local musician Nick Snyder of Ferdinand the Bull, he asked if Adda would ever be interested in hosting a livestream performance. A lightbulb went off in Kalafatis’ head.

“Sukanta [Nag], the owner, he is really into live music and just the arts in general here,” says Kalafatis. “I have a lot of friends in the music scene as well, and I was like, ‘Oh, this is great. They’re not performing, let me see if I can start this livestream series.'”

Now, six months later, Adda Coffee & Tea House has been hosting a weekly Sunday Showcase Series, where local musicians livestream performances on Adda’s Instagram account (@addacoffeehouse). In addition to providing an outlet for artists to perform amid venue closures, each event also offers viewers the opportunity to donate to a charity of the musician’s choice.

Around the same time that Adda was planning the livestream event, Kalafatis says they were also figuring out ways to incorporate charity work into their business practices.

Snyder was the first musician to perform when the series started in May, and he chose to raise money for the Pittsburgh Food Bank. Since then, performances and charities have included Lyn Starr (Black, Young, and Educated), Clara Kent (AAMDS International Foundation), Arie Cole (SisTers PGH), Bindley Hardware Co. (Women’s Center and Shelter of Greater Pittsburgh), Rev. Ezra (ACLU), Sierra Sellers (Sewickley Valley YMCA), and Joshua Rouse (Community Empowerment Association in Homewood), among others. “It’s really intimate,” says Kalafatis, “and it’s cool because you get to see the artist in their own space, doing their own thing.” Now that gathering restrictions are easing up in Pittsburgh, Adda plans to gradually transition to live shows. Once a month, one of the Sunday Showcase events will be held outside an Adda Tea & Coffee House location for live sidewalk entertainment. “The most exciting part for me was reaching out to all my friends and being like, ‘Hey, do you want to do this?’” says Kalafatis. But whether or not someone knows her, anyone interested in performing in the series is welcome to reach out (inquiries can be sent to nikki@addacoffeehouse.com). “It’s an outlet for artists to continue to perform and also perform to an audience that may not have heard them before,” says Kalafatis.