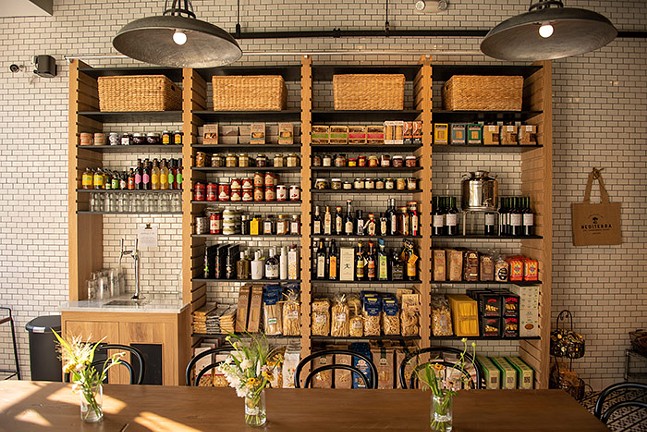 This weekend, Adda Coffee & Tea is opening their third location, Adda Bazaar, in Garfield. Along with a full coffee and tea bar, the new shop hosts a retail market filled with kitchen pantry items, gifts, and more. The market space is an extension of their already-launched online bazaar, which features local small businesses, craft makers, and artisans.

A new Thai restaurant has taken over the space of Dancing Crab TOO in the South Side. Street Noodles offers cuisine classics like curry, noodles, and more; and, according to Pennsylvasia, is run by the couple behind the now-closed Golden Land Thai Cuisine in Allison Park. 1703 E. Carson St., South Side. streetnoodles.pa.com

Penn Brewery on the North Side has reopened after closing in June due to the pandemic. The Downtown taproom, however, remains closed. 800 Vinial St., North Side. pennbrew.com

Pennsylvasia reports that signs went up for Teppan BBQ in early October. The restaurant is taking over the former space of Ka Mei, which closed in August. 2209 Murray Ave., Squirrel Hill

Mediterra’s anticipated expansion to Mt. Lebanon is set to open Nov. 6. The cafe, housed in the location recently vacated by Fairlane, will start with shortened hours, 8 a.m. to 7 p.m. Monday to Saturday, and 8 a.m. to 3 p.m. on Sundays.

The new café will look similar to the Sewickley location with an expanded menu and added dinner hours, featuring a wine and cocktail list. 292 Beverly Road, Mt. Lebanon. mediterracafe.com