Adam Crowley: The Steelers have a Football Jesus

Again healthy, Stephon Tuitt is the complement to Cam Heyward needed for a formidable defense in Pittsburgh. 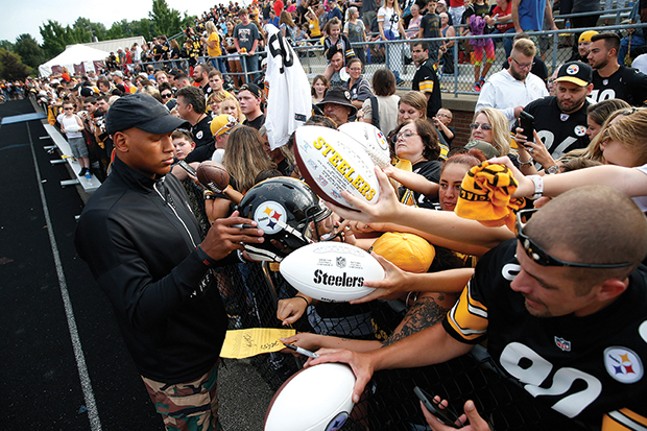 If the Steelers are going to win Super Bowl LIII, the defense is going to need a savior. Lucky for them, they’ve got a Notre Dame grad who can be their version of Football Jesus: Stephon Tuitt.

He was never the same last season after a biceps injury on the third play of the first game. The loss of Tuitt’s familiar form as a disruptor from the defensive front was noticeable, though more people point to the absence of linebacker Ryan Shazier as what ultimately did in the Steelers.

Shazier can’t play this season. Tuitt will, and he has already shown signs that he is back to his old self.

In the third preseason game (aka the only one that kind of counts), Tuitt collapsed the pocket on the opening play from scrimmage. On the second play, he brought down Tennessee Titans quarterback Marcus Mariota for a sack. By the third play, I had already committed blasphemy by thinking, “He is Risen!”

When we last witnessed the Steelers play meaningful football, their defense surrendered 164 rushing yards to the Jacksonville Jaguars at Heinz Field. It was no surprise, though. After the scary Shazier injury late last season, the Steelers’ defense was worse by 1 yard-per-carry and 11 points-per-game.

Even a football novice would recognize those trends as debilitating to a team with title aspirations.

Well, the Steelers’ title aspirations tanked in their first playoff game. How’s that for debilitating?

I’m not here to paint a pretty picture of the void left by Shazier. The solutions at his inside-linebacker position, Jon Bostic or Matthew Thomas, raise more questions than they answer.

Still, Tuitt reviving his march toward dominance will make the Steelers’ defense formidable no matter that Shazier-replacement situation.

People around the team say Tuitt is more talented than the defense’s best player, Cam Heyward, who had 12 sacks last season. If Tuitt can also hit double-digits in the sacks category, the Steelers will again be a team that terrorizes opposing quarterbacks.

Last season, only two teams could claim multiple defenders with at least 10 sacks. The Jaguars and Los Angeles Chargers were those teams, and respectively ranked first and third in passing defense.

The Steelers would take first or third in passing defense. They will also take away opponents’ rushing attacks if Tuitt is back to where he was before his injury. With him and Heyward holding down the front, defensive coordinator can get even more creative with packages that deploy seven defensive backs.

Who is better built to help with that climb than a Football Jesus?