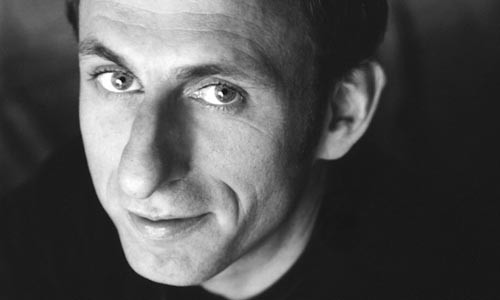 The latest stage work from David Cale, Palomino, centers on an Irish carriage-driver in Central Park and his interesting side grind. The dashing and literary Keiran moonlights as an escort after a fare propositions him for a friend. The two form a relationship -- strictly business, at first, but later romance, complete with jealousy and all it brings.

Author, lyricist and longtime solo performer Cale plays all the roles in the show, which he'll perform Nov. 20 as part of The Andy Warhol Museum's Off The Wall series. Cale spoke with City Paper from Kansas City, Mo., where Palomino was in the midst of its world-premiere run.

Why explore the secret life of carriage-drivers?
I played this character in a children's film in Chicago. I was thrust into this world for like a month. It's an intriguing world. A friend of mine had dated a carriage-driver in Central Park, an Irish guy.

There's something intimate if you get in a cab or carriage: Suddenly you're with a complete stranger. Just before I came here, I took a ride in Central Park. We ended up with this Brazilian guy who was so seductive, he had some things in common with Kieran. He was so beautiful-looking, he was seducing sparrows.

How did you craft the play?
It's really written very intuitively. I would write one piece and it would suggest another. It sort of just started growing, taking these little offshoots and characters. The first section was written for NPR [feature show] The Next Big Thing. I had to be very mindful of what could go on the air. It was less sexually explicit. I basically just had to keep going with this person. I wanted him to be the central character of the whole thing.

What's it like inhabiting half-a-dozen characters in one night?
I have to be really rigorous about it -- it demands a kind of precision. It was challenging playing three different women, to keep them distinct. They're very distinct people. I don't want it to be clichéd in any way -- it takes tremendous focus, especially when you put them together. I want people to lose sense of the fact that it's not a woman on stage.

Is Palomino still evolving?
It's very scripted, [but] the performance shifts around in terms of the nature of the audience. The script is locked but the performance isn't. I just work very much alone. I've had no feedback on the script. I very consciously wanted to do it all by myself.

I made two little cuts about a week after we opened -- small things have a big impact. I feel in some ways like I've written a film: I've shot it, and now I'm editing. It feels like a movie. It's very influenced by films.