“I wanted to be able to watch things, slavery and colonialism, as they shifted very gradually over time.” 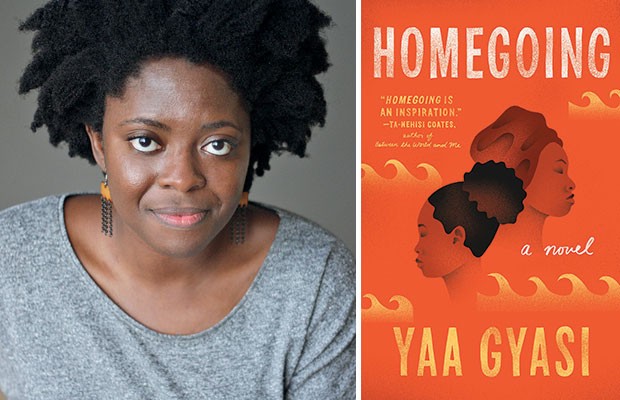 In her 2016 book Homegoing (her first), author Yaa Gyasi tells the multi-layered stories of seven generations of two connected family trees. A “homegoing” can be the act of returning home to ancestral lands. In African-American religious tradition, a “home going” is also part of a funeral or burial service — a celebration of the life of the deceased, a joyous ceremony observing that person completing his or her journey by returning to the Lord, and a ritual recognizing the fullness of things.

As a junior at Stanford University, Gyasi herself made a homegoing to research her book. Born in Ghana, she came to the U.S with her family as a child and had made only one childhood visit since. “At first I thought I wanted to write a very different book,” Gyasi tells City Paper by phone from her home in New York. “I thought I wanted to write about a mother and a daughter, so I went to the central region of Ghana, which is where my own mother is from and where the Asante people are from.” Then she “sort of gratuitously ended up taking a trip to the Cape Coast Castle, which is where the novel began for me.”

Homegoing begins on the Gold Coast, where the British and the Dutch are buying and kidnapping African men, women and children, shipping them to America and Europe. One young woman is sold to the white slavers; we meet her when she is held in the dungeon of the Cape Coast Castle before making the dark passage to an American plantation. Her half-sister is married/sold to a British officer who runs things at the Castle.

The book tells the story of one half-sister, then the other, following each line, each successive generation through 250 years and across two continents. It is a bold narrative move, as new characters are introduced and old ones are rarely revisited.

“I wanted to be able to watch things, slavery and colonialism, as they shifted very gradually over time,” Gyasi says. “That it was clear to anybody reading the book how these moments in this particular time period came from those moments that came before. … I needed a structure that would allow me to stop in as many generations as possible.”

Gyasi’s approach reveals her confidence in her own voice as she sometimes lyrically carries the reader along the tides of history. It is bold and fresh and enables her to tell multiple stories and give space to a multitude of voices while also guiding the reader through the destructive effect of the slave trade in Africa, the harrowing life of slaves in America, the histories of the Asantes and Fantes, the introduction of cocoa farming in Ghana, the Fugitive Slave Act of 1850, debt bondage and more.

M. Soledad Caballero stuns with new collection I Was A Bell