It's a perfect incarnation of the Tennessee Williams classic

The name "barebones productions" is a tad misleading, given the sumptuous squalor in its perfect incarnation of Tennessee Williams' classic A Streetcar Named Desire.

Directed by Melissa Martin, this production of the 1947 play captures the look of post-World War II America in a seedy but pulsating neighborhood, Marigny in New Orleans, ironically named Elysian Fields. Life is lived loudly and on the edge. Into this bright, crowded slum arrives — almost ethereally drifts — a pastel Southern belle with Lillian Gish curls and swooping skirts, clashing with then-current fashion. (Thank you, costume designer Richard Parsakian.)

In one of the greatest characters ever created for a woman, Tami Dixon fans out the layers of Blanche DuBois, her quick charm masking her inner terrors, her delusions more real than the ugliness of her past. She's a horrid person, but so appealing, in many senses of the word. 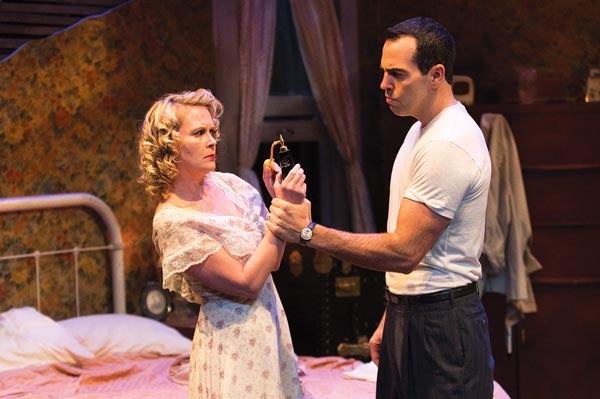 Martin blends all this talent into an exciting production of a true American classic. Even on the coldest day, this show is hot.