A series of domestic disputes showcase life in contemporary Iran 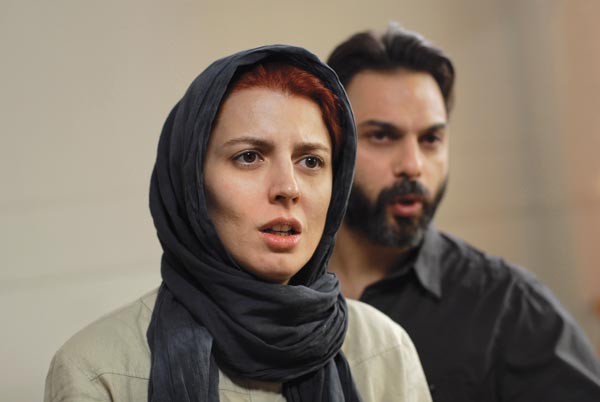 Regent Square
In Farsi, with subtitles

A Separation, an Oscar-nominated drama from Iran, purports to revolve around the tangled emotions of a couple facing divorce, and now and then, it does. But writer/director Asghar Farhadi also unfurls an equally tangled plot that diffuses his central issue, and I'm not sure whether its myriad directions are more rewarding than a simpler series of scenes from a marriage.

The drama opens with a well-done sequence in which the bickering husband and wife address the camera (actually, a judge, unseen but occasionally heard). Simin wants to leave Iran so her 11-year-old daughter can have a better life. Nader can't leave because he's caring for his father, who has Alzheimer's. Simin needs Nader's permission to emigrate with their daughter, and their visa expires in 40 days. The judge tells them to work it out.

So Simin leaves to live with her mother, and that precipitates a series of events. Nader hires the pregnant Razieh to care for his father while he's at work. She quits after one stressful day because the old man soils himself, and she has to call a cleric to find out if changing him would be a sin. But she returns, then quits again, and Nader thinks she stole money, so he pushes her out the door, and later, she miscarries. Soon, they're all before a judge, Nadir charged with murder, Razieh charged with theft, and each of them manipulating the truth as they negotiate with the judge for mercy and with each other for a reasonable way out of the whole big mess.

The Lifetime movie-of-the week emotions in A Separation aren't complex or original, so the film's value — at least to Western audiences — comes in observing Iranian life and civil justice. Class issues become another sort of separation: Should the judge believe Nader, who can afford a caretaker and a tutor, or the working-class Razieh and her husband? The muted third wheel in the conflict is religion, especially when someone has to swear on the Koran.

Comfortably acted, and filmed in a documentary style, A Separation certainly has subtexts that you need to be Iranian to understand. It presents much of everyday Iranian life as being like life anywhere else, and you're left with the feeling that the Iranian government fears the West more than its citizens do. Imagine that: a government that doesn't represent its people. Maybe we aren't so different after all.